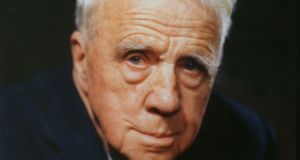 Like me, you may have been labouring under the misapprehension that potatoes were first introduced to Ireland from North America, and that Walter Raleigh was in some way responsible. But it’s not true. As residents of the interestingly named New Hampshire towns of Derry and Londonderry could tell you, the importation was the other way around (with no help from Raleigh, whose input is a myth).

The founders of those two towns were Ulster Presbyterians from the original Derry/Londonderry or, as amateur diplomats now call it, “Stroke City”. And among the things they brought there with them was the potato, already long established in the old country, having probably been introduced, via Spain, from South America.

They planted this during the spring of 1719, while also planting houses. In an inversion of Irish history, the settlement was initially known as “Londonderry”, and only later spawned a “Derry”.

These are now neighbouring towns, and both are marking 300th anniversaries this year. In the intervening centuries, they have acquired other claims to fame. But that first crop is still prominent among them. As at least one sign in Derry proclaims, this was “where the potato was first grown in North America”.

In common with the Irish Derry, the New Hampshire one also has a nickname, “Spacetown”. Like Stroke City, it too could refer to a computer key of a kind introduced as a buffer zone between rival identities.  But the space referred to in “Spacetown” is of the outer variety, because the US Derry was home to Alan Shepard, who in 1961 became the first American in space.

Another local celebrity, although not native, was the poet Robert Frost. He spent a decade there, as a gentleman farmer. His literary output for the period included pieces written for Eastern Poultryman, one of them on the subject of “chickenfeed”.

But poultry’s near namesake, poetry, was not neglected either. Derry was where Frost wrote much of his early work including a poem called Mending Wall, which may have more resonance than ever today, on both sides of the Atlantic, thanks to Donald Trump and Brexit.

It was inspired by the wall that divided Frost’s property from that of a neighbour, Napoleon Guay, and by their joint attempt at fixing holes in it once, while walking along either side.

Yet the poem is a kind of dialogue, in which the two men debate the ethics of walls in general. And although you might think having a neighbour called Napoleon would have made Frost the more fearful of the two about encroachment, the opposite seems to have applied.

The opening lines state his case: “Something there is that doesn’t love a wall./That sends the frozen-ground-swell under it,/And spills the upper boulders in the sun;/And makes gaps even two can pass abreast.” The closing lines sum up Napoleon’s view, a mantra inherited from his father and stubbornly impervious to all other arguments: “Good fences make good neighbours.”

Unlike the old Derry/ Londonderry, there is no dividing wall – physical or sectarian – between the New Hampshire towns. Both will be celebrating equally today, and both can claim a share in a man who, at least on the Fourth of July, is the area’s greatest historical celebrity, Matthew Thornton.

Born in either Limerick or Lisburn (there is some confusion on this), Thornton emigrated with his family, became a doctor in the then British New England, and ended his life as one of the 56 signatories of the Declaration of Independence. His is the name in the bottom right-hand corner, reflecting the fact that he signed late, in November 1776.

The competing identities of the old country were accidentally reflected in Thornton’s family. A nephew, also Matthew, was found on the wrong (ie British) side of the lines during the 1777 Battle of Bennington, and charged with treason, although he was acquitted and allowed leave the US for the loyalist stronghold of New Brunswick, Canada.

Thornton snr went on to enjoy two decades of retirement as a founding father of the republic, before dying in Massachusetts, aged 90. The New Hampshire house where he lived for decades is now a historical monument. It was officially located in “Londonderry” during his lifetime. But in a detail that may cheer republicans of a different stripe, its address is now “Thornton Street, Derry”.