The motivation for Irish participation was humanitarian, in large part 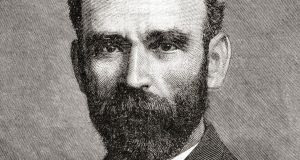 Most Leaving Cert students will remember the Franco-Prussian war as the one started by a telegram, the Ems Dispatch. But as a commemoration in Dublin next month may remind us, that conflict also marked the end of several centuries of Irish service in the armies of France.   It was a last stand for the Wild Geese, French wing, and in keeping with the war itself, it started with intrigue.

Officially, Ireland’s contribution was to be a medical one, via the Irish Ambulance Corps, formed in 1870 by concerned Francophiles.  And the motivation was indeed humanitarian, in large part. It was also influenced by an 1819 Act of parliament that forbade British (including Irish) subjects volunteering for armies abroad.

This had not prevented large-scale recruitment for previous conflicts, notably the American civil war.  In fact, as well as making common cause with allies abroad, the Fenians had used continental army service for military training.

But in 1870, the Foreign Enlistment Act was stiffened up. One indirect effect was that the Irish Ambulance Corps became oversubscribed, with 400 recruits for a handful of ambulances.  Another is that, upon arrival in Le Havre, 100 of these joined the French Foreign Legion instead.

In what was a generally doomed campaign, they acquitted themselves well, suffering few casualties. Of the ambulances’ work, by contrast, little is now known.  But the war was in any case over quickly, ending with French defeat in late January 1871.

Judging from the Irish body count, it may have been more dangerous to be at home.  As often happened here, the warring parties attracted rival loyalties, with at least one small battle fought by proxy.

In September 1870, a group of men were returning from the fair at Swanlinbar, Co Cavan, when as The Irish Times put it, “some expression of sympathy for the French and rival declarations of a pro-Prussian feeling were uttered”.  The French sympathisers were attacked, “and a man named John McGovern [. . .] so severely beaten that he has since died.”

Ireland was a troubled country in general then, with or without overseas conflicts to stoke it.  Hence one of the sadder postscripts to the 1870 war. Among the 400 who had been to France was the Fenian Martin Hanley Carey, not yet 40, but already also a veteran of the American civil war, and of years as a prisoner in England, where hard labour had damaged his mental and physical health.

Michael Davitt named him among inmates who became “oblivious to their sufferings from temporary insanity”. And Carey duly was freed half-way through a 10-year sentence. He had recovered sufficiently by 1870 to accompany the ambulance corps to France, join the Foreign Legion, and be promoted to lieutenant.

Back in Dublin in August 1871, however, he was among the organisers of a public meeting in the Phoenix Park, seeking a general amnesty, which was baton-charged by police.  Carey later claimed to have been attacked by “12 or 13” officers, suffering injuries to his head, “in which, [as this newspaper reported] to relieve a former fracture, a plate had been inserted”.

He shrugged this off then, saying (as summarised by the IT) that he “has received too many bullets in his time to be put down by a policeman’s baton”. Alas, the accumulation of traumas had a grim climax.

He next made headlines when being arrested in Cork after entering a house in “very excited state”, claiming to be followed by spies, and attempting to assault the owner with a pitchfork. Several months later, in July 1872, he was walking with his wife one morning along Dublin’s Essex Quay, when he suddenly descended the steps and threw himself into the river.

Witnesses rushed to save him, risking their own lives, but by the time they dragged him from the water it was too late.  His funeral procession to Glasnevin was said to have been accompanied by “four thousand men” wearing Fenian colours.

Glasnevin will also be the scene of the aforementioned commemoration, on July 10th, hosted by the French embassy. The event will honour Irish people who served in France during both world wars and the one of 1870. But its main focus will be the unveiling of a plaque to the Irish Ambulance Corps, and in particular to one member of the organising committee, Légion d’honneur recipient James Fitzgerald Lombard.

1 Varadkar promises ‘early retirement pension’ amid backlash over gap
2 Search for missing remains of Mulready-Woods (17) continues
3 I’ve handed in my notice and I’m leaving Brexit Britain
4 Netflix: The best 101 films to watch right now
5 Chris Hadfield on the climate crisis: ‘The world has seen much, much worse’
Real news has value SUBSCRIBE