Internet curbs democracy as much as it poses threats to dictators 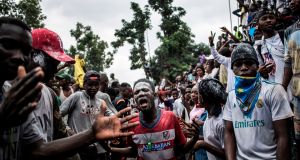 2018 felt like the year the tide turned on the internet and the companies who dominate it. The early 2010s image of benign nerds sitting on beanbags enabling the Arab Spring and connecting friends, was replaced by a vision of vast data collection monopolies eroding the public sphere.

We learned about how intimate data about us is being gathered so that our attention can be sold to the highest bidder. YouTube repeatedly came under scrutiny for the ways its recommendation algorithm was pushing viewers to ever more extreme content. In March UN investigators examining genocide in Myanmar said that Facebook had played a “determining role”. And in October an expert in pandemics predicted in Nature that the next major disease outbreak would be caused not by a failure of science, but by viral lies online that could “erode trust in vaccines so much as to render them moot”.

This shift has accelerated calls for a regulatory response, perhaps driven most forcefully by concerns about the impact of the online world on democracy.

For as long as there have been elections there have been people who want to put their thumb on the scale. In Europe we have spent decades building institutions to try make elections as free and fair as possible; laws, norms and transparency measures as well as a free press and regulators. As the full picture of what happened in the Brexit, Trump and Eighth Amendment votes emerged in 2018, we began to recognise that the web is a “Wild West” for democracy; a backdoor through which overseas and domestic actors can get around election rules with untraceable financial and information flows that are hard to scrutinise.

2019 will be the year that both Brussels and the Government seriously consider putting in place regulations in this area. Yet, as we start the year, a story has emerged where the very idea of the internet as a danger to democracy is being used, ironically, in a possible attempt to subvert an election.

On December 30th, the people of the Democratic Republic of Congo – a huge Central African country home to over 77 million people – had their access to the internet turned off. Internet providers sent text messages to customers telling them they were cutting off connectivity on the orders of the Government. The move came as voters were finally able to participate in a long-delayed, and quite problematic, election. Authorities said that it was to preserve order by preventing “fictitious results” from circulating on social media during the week it would take to count the votes. Access, they said, would to be restored once the official results were out on January 6th.

That deadline came and went, and provisional results emerging since appear to justify fears – reported by the Guardian and the Economist – that the shutdown may have facilitated manipulation of the result.

The Congolese internet blackout is not an anomaly. It was one of 188 internet shutdowns around the world in 2018, according to Access Now, up from 75 just two years before.

While a “Wild West” approach on the one hand, and a total shutdown of access on the other, may seem like opposite ends of a spectrum, the organisation that monitors internet freedom sees these as two sides of the same coin. Freedom House declared that 2018 was the eighth consecutive year that internet freedom declined around the world. In coming to this conclusion, it quotes both the private data collection and disinformation that have dominated headlines in Europe, and the use of claims of “fake news” to justify restricting internet access and freedom in more autocratic states.

The unfolding story in Congo is a helpful reminder of the positive impact that technology can have on democratic engagement. As Freedom House points out, the internet has become the modern public sphere, and if the technology companies accept their responsibilities to serve the public good, it can enable democratic debate and discussion about values and policies, and empower more informed political decision-making.

As regulators in Brussels and Kildare Street work through proposals in 2019, they will face the unenviable tasks of working out how to balance the many parts of this complex policy area. In doing so, they would do well to remember the conclusion Freedom House came to at the end of 2018 – “the internet can be used to disrupt democracies as surely as it can destabilise dictatorships”.

Liz Carolan is a senior associate at the Open Data Institute and adviser to the Open Data Charter. She was co-founder of the Transparent Referendum Initiative (tref.ie)