Finding the divine in every moment: Epiphany and the meaning of life 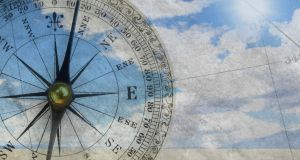 What was your epiphany moment, the moment without which the whole course of your life would have turned out differently?

Monday was the Feast of the Epiphany. But epiphany isn’t just something that happened 2,000 years ago. We all have moments of epiphany, moments of sudden and great revelations.

Sometimes the epiphany moment happens at such a young age that it marks us forever. At the tender age of four, the future English cellist Jacqueline du Pré heard the sound of a cello on the radio and said to her mother, “I want to make that sound.”

This was her epiphany moment, and led to everything that followed: as a result Jacqueline spent years studying this musical instrument, hour after hour, day after day, and so became a world-famous cellist.

Or take the example of the Anglican Bishop Desmond Tutu, who was born in 1931 in South Africa, at a time when blacks and whites were kept rigidly apart, and when black Africans weren’t allowed to vote.

One day as a child he was out walking with his mother when a white man tipped his hat to Desmond’s mother as a mark of respect. The young boy had never seen a white man show this kind of respect for a black woman before. His mother told him the man was a priest.

This was Desmond Tutu’s epiphany moment. Out of this revealing episode grew the conviction that he did not have to put up with discrimination as well as the belief that religion could help promote equality between whites and blacks.

Gandhi and the train

Sometimes the moment is so dramatic that it’s difficult to ignore. The young Indian barrister Gandhi had his epiphany moment in 1893 when he was thrown off a train in South Africa for refusing to leave the first-class carriage that was reserved for whites only. This event changed the course of his life, making him a social activist with a passion for justice.

At times the moment is so subtle that we can easily miss it. Brother Lawrence of the Resurrection, a 17th-century French Carmelite who practised mindfulness long before it became trendy, was touched by something quite ordinary.

One day in the depths of winter he found himself gazing at a bare tree, bereft of its leaves. But suddenly it struck him that God would give it greenness again: in springtime its leaves would reappear, followed by flowers and fruit.

If you manage to identify your epiphany moment, you may feel like celebrating this 'little Christmas' of yours

And this realisation healed him into hope. However dried-up and shrivelled his own life appeared, God could make him fruitful again, and give him new energy.

This epiphany moment was at the foundation of his famous teaching about finding the divine in every moment through practising the presence of God. Brother Lawrence’s lifelong certainty about God’s presence and closeness began to blossom that winter day while he contemplated a leafless tree.

What was your epiphany moment, the moment without which the whole course of your life would have turned out differently? How did this moment come about? Did another person trigger it for you? Or did it come from an inner inspiration? Once this desire awoke within you, what events helped it to grow stronger?

If you manage to identify your epiphany moment, you may feel like celebrating this “little Christmas” of yours: the moment that marked your first step toward discovering what you planned “to do with your one wild and precious life” (Mary Oliver).

If, on the other hand, none of this makes any sense, you might want to start searching for what you’re missing out on. It’s never too late. After all, according to a wise saying often attributed to Mark Twain, “the two most important days in your life are the day you are born and the day you find out why”.

1 Taoiseach claims Sinn Féin not ‘a normal political party’
2 Who are Ireland’s 17 billionaires?
3 Ireland’s favourite takeaway revealed
4 Over 65s are expected to ‘crawl into corner and die’, says election hopeful Valerie Cox
5 52 places to go in 2020: Here’s where the New York Times says you should visit
Real news has value SUBSCRIBE