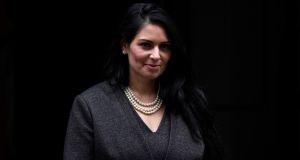 Announcing its post-Brexit overhaul of immigration rules, the British government tried to present the plan as a liberal reform that upheld Britain’s cosmopolitan values. Only in limited ways – the abolition of the cap on skilled migration and the reduction of a minimum salary threshold for skilled migrants to £25,600 a year, from £30,000 – does this amount to an opening up. Rather, the proposed regime is a crude, mean-spirited and self-defeating gesture aimed purely at placating those who decry a problem – the dramatic influx of unskilled migrants taking British workers’ jobs – that economic data suggest does not exist.

British home secretary Priti Patel likens the plan to the Australian points-based system. In fact the two have little in common. Australia has a flexible and fair regime designed around the needs and capacities of its economy. It allows for unskilled as well as skilled migration, takes regional factors into account and allocates points on sliding scales for different types of education, residence histories and language competence. Patel’s system is a blunt instrument by comparison. From January 2021, anyone who wants to apply for a UK visa, including all EU citizens except those with Irish nationality, will need to show they have a job offer at a certain skill level and salary, and that they can speak English. Points will also be awarded for certain qualifications.

Most significantly, all entry routes for low-skilled workers will be closed off. That means restaurants, food processing factories, farms and care homes will no longer be allowed to hire from abroad. How these jobs will be filled from within an economy that is near full employment is a mystery. Patel claims the work could be done by millions of Britons who are currently “economically inactive”. Yet the eight million people she refers to are mostly students, carers, the long-term unemployed and the retired. The idea that they are going to step up and fill every vacancy in the low-skilled service economy is laughable. Business groups are right to be worried.

But the moral grounds for objection are even stronger than the economic ones. Figures to be released next week are expected to show that net migration from the EU to the UK is close to zero. In other words, populist claims about Britain being overrun by unskilled immigrants do not stand up.

Perhaps the underlying purpose of the plan – which describes newcomers simply as “supply” or “stock”, their value determined solely by their salary package – is not to address a social problem but simply to perpetuate the myths that Brexiteers fuelled and exploited at the same time.

There are two possible outcomes. Either the government faces these realities and adds so many exemptions as to make the new rules meaningless or it sticks to the plan and does severe damage both to Britain’s economy and its reputation.