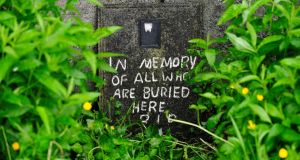 The report of the Commission of Inquiry into Mother and Baby Homes is a valuable and comprehensive excavation of a hidden corner of our history. Photograph: Aidan Crawley/ EPA

The publication of the report of the Commission of Inquiry into Mother and Baby Homes is an important moment for Irish society in the ongoing process of confronting an uncomfortable and sometimes cruel past.

The report is a valuable and comprehensive excavation of a grim chapter of our history. But its findings are not without controversy and its conclusion that the chief responsibility for the treatment of the women rests not with the churches and State, but with their families and the fathers of their babies, has been challenged by survivors and some historians. President Michael D Higgins is among them; yesterday, he pointedly outlined his view that the State must bear “primary responsibility” for failing to support the women who ended up in the homes.

Many people will agree with that, though it should be borne in mind that the report is the work of five years of research, many thousands of hours of compiling information and the careful weighing of sometimes contradictory evidence. The Commission has listened to many survivors, but not to the exclusion of other sources. Its text is not holy writ, but some weight should be attached to the expertise, independence and the sustained efforts of those who drew up the report.

We need to think slow and fast. Thoughtful consideration of the report by society is required. But so is urgent action by the Government to address the needs and wishes of the survivors. Many are elderly; all have waited a very long time to be heard. The Government has committed to implementing the recommendations of the report but in two particular areas it must – and it can – move quickly.

The first is the redress scheme that will offer financial compensation to the women and their children who were born in the institutions and separated from their mothers, consensually or otherwise. Minister for Children Roderic O’Gorman has pledged to bring forward proposals for a redress scheme by April 30th; it will be an enormous task to identify the scope of a suitable scheme, so all the more reason to get moving quickly. The State must ensure that those deserving of compensation receive it as quickly as possible, but also that the religious orders who ran so many of the homes contribute to the costs, which are likely to be significant. A contribution from the main churches, whose leaders have apologised in recent days for the part their institutions played, would also be appropriate.

The second is providing access to the records, including birth certificates and adoption papers, to the survivors. This will take new legislation to rebalance the rights of access and privacy; it will be complex and difficult. But it is necessary, and it is urgent. If the Government wishes to match the fine words of recent days with actions, this is where it should start.