The Irish Times view on the Government’s travel advice: muddling the message 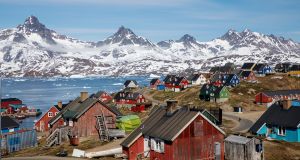 The Government has included Greenland on a list of countries from which incoming travellers are not required to self-quarantine for two weeks. Photograph: Lucas Jackson/Reuters

Given that Covid-19 is likely to remain with us for a long time, and that shutting off the island entirely from the rest of the world for an extended period is not feasible, there is a clear internal logic in the idea that the Government would designate certain countries as safe for travel based on the prevalence of the virus in those places. The proposal for such “air bridges” made even more sense in June, when it was first mooted by then taoiseach Leo Varadkar. At that time, coronavirus appeared to be in retreat across the continent and a significant relaxation of international travel restrictions looked possible.

The problem – and the root of the current confusion about the Government’s “green list”, announced before midnight on Tuesday – is that circumstances have changed while the Government’s approach has not. The official advice is to avoid all non-essential travel. That makes sense, because Covid-19 is rampant across the world and a spike in Irish cases could be catastrophic for the health service and the economy. Those who do arrive here are asked to self-quarantine for two weeks.

At the same time, however, the Government is saying that 15 destinations, including Greenland, Gibraltar and San Marino, are relatively low-risk, so people landing in the State from those places need not put themselves in quarantine. The list will be updated every two weeks to take account of changes in incidence of the virus.

It takes quite a while to explain this, as ministers have found in a series of awkward interviews over the past 24 hours. On one hand, the Government has downgraded the travel advice for 15 countries from “avoid non-essential travel” to “normal precautions”. At the same time, its general advice is to avoid all non-essential travel. People can be forgiven for feeling confused.

The Government has done itself no favours. Just hours before the Cabinet meeting where the “green list” was to be finalised, Tánaiste Leo Varadkar through a spokesman cast doubt on the Government’s position and said it was “wrong to send out mixed messages”. That comment muddled the message further, of course, by appearing to suggest the Government itself was saying two different things at once. Varadkar’s intervention recalled his habit, when serving under Enda Kenny, of seeking to cast himself as a disinterested commentator on his own government’s actions, as if he can be inside and outside at the same time.

The way to clear up this confusion is not simply to clamp down on travel. Many people need to fly for essential reasons. Rather, the Government should say that non-essential travel should be avoided and hold to that position until it is in a position to downgrade the warning. The message should be simple. Travel if you must. Otherwise, stay put.