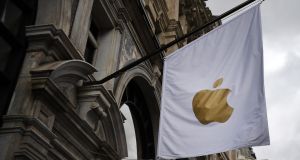 The key point in the court’s ruling is that this tax was not due to be paid in Ireland. The €13 billion, in its view, did not belong to the Irish exchequer. Photograph: Andy Rain/ EPA

It is important to recognise exactly what the decision handed down by the EU’s second-highest court in the Apple case is saying. It is that the European Commission was incorrect to rule in 2016 that Ireland had offered State aid to Apple by granting it special tax arrangements not generally available to other firms. It was a specific ruling on a specific point. The wider questions about the tax avoidance structures used by major multinationals, their appropriateness and how policy should address them are separate, if obviously connected.

The decision by the EU’s general court was unequivocal. The European Commission got this wrong. It found that the crux of the commission’s argument – that the profits earned outside the Americas by Apple should have been subject to Irish tax – was incorrect, even though the money did move through Irish-registered companies. A subsidiary commission ruling – that the Revenue Commissioners had made other methodological errors – was also found to be incorrect. It remains to be seen whether the Commission will appeal – it has slightly over two months to decide. It may do so, putting everything on ice for up to two years as the European Court of Justice examines the issue.

For Ireland, the outcome justifies the initial decision to appeal, along with Apple. The key point in the court’s ruling is that this tax was not due to be paid in Ireland. The €13 billion, in its view, did not belong to the Irish exchequer. The windfall was never coming Ireland’s way and never will unless the European Court of Justice completely overturns the decision on appeal.

The court’s decision comes as the temperature rises ever higher on the issue of corporation tax. Losing the case would have meant wider damage to Ireland’s reputation at a sensitive time. But although the case made by it and Apple was accepted, the Government will realise that this has all put Ireland’s tax regime – or at least the historical one – back in the spotlight.

Changes to our tax rules have been made in the meantime, including the overdue and long drawn-out phasing out of the double Irish tax allowance. More is to come, though efforts to reach a global consensus on corporate tax reform under the aegis of the OECD are now in difficulty. The OECD reforms would be likely to cost Ireland in lost revenue though the State has gained significantly from the earlier round of OECD changes. But a breakdown in talks could be even more dangerous and could threaten trade tensions as well as tax problems.

Ireland, correctly, has accepted that further reform is inevitable. A crucial period is approaching when the playing field for corporate tax for the years ahead will be set. This will involve decisions not only on how much tax companies pay, but also where they pay it.