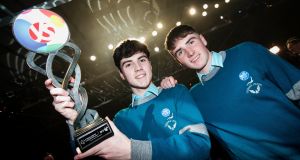 The BT Young Scientist & Technology Exhibition is an important platform for fostering interest in science, technology, engineering and mathematics (Stem) in Ireland. It showcases the endeavours of some of the best young Irish minds, and a large majority of its participants go on to study Stem subjects at third level.

The exhibition’s 56th staging confirmed it retains its core mission – to promote endeavour across the breadth of research, from pure mathematics to behavioural science – and at the same time understanding that Stem goes far beyond the classroom or school lab.

Good research tops the agenda, but there is a place for wonder and fun. In recent years, it has fulfilled a critical role in changing perceptions of science, notably in ending a male/female divide that has prevailed for too long in the scientific community.

The evidence is the number of young women participating; this year it reached 60 per cent, a level unsurpassed by any similar science event in Europe. That achievement was noted by Taoiseach Leo Varadkar at the opening. He stressed, however, the need for that success to be reflected across all areas of research, including at third level. The Government’s ambition was not only to nurture Stem talent, but especially to tackle inherent gender bias in these critical areas. Varadkar singled out projects on gender bias in schools and throughout society.

The cosmologist Prof Brian Cox, who attended this year’s contest, provided the overall verdict on its standing. He was in awe of the quality of research. It was his fervent wish that the model would be replicated in the UK but he quickly realised it could not be done quickly; it was a consequence of long-term investment in education.

His endorsement should not be cause for complacency. There is a need to support pure science, and there remains a requirement for science to deliver the means of finding solutions to the biggest challenges facing humanity, of which the climate crisis and biodiversity loss are most pressing.