Irish Times view on the passing of radio stars: Voices from a golden age 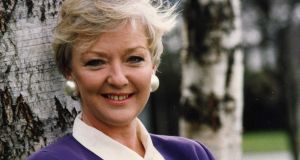 The voices of Gay Byrne, Marian Finucane and Larry Gogan were deeply woven into the fabric of Irish culture. What happens when you unpick that fabric, we don’t know. Photograph: Matt Kavanagh

It is no exaggeration to say the country has been in mourning in recent months: first Gay Byrne, then Marian Finucane and, now, Larry Gogan. Each was a distinctive part of the voice of Ireland, and they were the best of Ireland: decent, respectful, familiar, intimate.

All three played a role in challenging the consensus – Gogan’s may not have been so overt as that of Byrne or Finucane but, at a formative time for the national broadcaster, he challenged the consensus on what made for appropriate music to be played on it.

Yet all three also played a crucial role in building a consensus: the kind of consensus that is critical to the creation of an “imagined community”, as the political scientist Benedict Anderson described the social construction of the nation.

Diversity and competition are virtues, but there is also great virtue in having some things about which a nation can largely agree: that success by national sports teams merits national celebration; that a Christmas toy show can be a national cultural event; that a particular time of day is a good time to turn on the radio in the kitchen, or in the car, or in the shop, and join in a national conversation.

These things create social glue, and a certain amount of that glue is vital for a country to stick together. Our friends to the east and west are lacking some of that glue, and suffering for it. The voices of Gay Byrne, Marian Finucane and Larry Gogan were deeply woven into the fabric of Irish culture. What happens when you unpick that fabric, we don’t know.

Ní bheidh a leithéidí arís ann – we will not see their like again – not merely because they were good at what they did, or because what they did had a privileged status, but because the opportunity to achieve that status will be less and less likely to arise, as media and audiences continue to fracture.

We may be mourning not merely some of Ireland’s most-loved voices, but a golden age of public broadcasting – and, with it, of national consensus.