The Irish Times view on road safety: Keeping the pressure on

This year, for the first time in decades, the number of fatalities has risen to 148 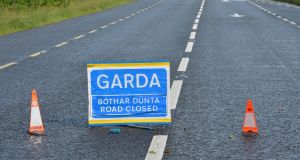 There is a danger that public complacency and special pleading by vested interests could damage the good work done by the Road Safety Authority and the Garda Siochána in reducing the number of deaths on Irish roads. Motorists have come a long way during the past fifty years in terms of personal responsibility involving drink driving and seatbelt wearing. The annual death toll fell by almost 500 in that time. This year, however, for the first time in decades, the number of fatalities has risen to 148.

Last winter, in a campaign designed to reduce the number of road deaths to 124 by the end of 2020, the Road Safety Authority prevailed on the Garda Siochána to target morning-after-the-night-before drink driving offences through the use of roadside checks. Sunday morning is the most dangerous time on the roads. More than one-in-ten fatal accidents, involving alcohol, occurring between 7 am and 11 am. Plenty of notice was given about the intended crackdown. But all hell broke loose when it did. Rural TDs returned to Leinster House following their Christmas break complaining that heavy-handed garda action was alienating the public. The more imaginative spoke of their supporters being “afraid to drive to Mass” and of a “police state”.

It was part of a long-running campaign that equates drink-driving law enforcement with an assault by Dublin know-nothings on country life, causing the isolation of farmers and the closure of rural pubs. The complaints appeared to hit home with the Government. One TD was so buoyed up he proposed that elderly farmers in his constituency should be allowed to have two pints before driving.

Drink driving is not the only issue affecting road safety. Rural Ireland, like the cities, is awash with drugs. And while elderly farmers may not be typical users, drug addiction is moving up the age chain and road deaths of all kinds have been attributed to it. On the roads, drivers and pedestrians are the groups most at risk. Motorcyclists, car passengers and cyclists make up the remaining categories, with the latter group showing a fall in the number of fatalities this year.

Because of greater garda visibility and road safety campaigns, however, progress has been made in changing driver behaviour. The number of drink driving detections fell from almost 9,000 in 2017, to somewhat more than 6,000 this year.

Rural TDs complain about drink driving laws but their own constituents are most at risk. Two-thirds of all fatalities occur on country roads. And while “boy racers” are most vulnerable, drivers over 65 years of age are close behind. Elected representatives should recognise their responsibilities and act upon them. Additional funding should be provided for the Traffic Corps and all driving bans should be strictly enforced.