The Irish Times view on children in poverty: unheeded and unheard 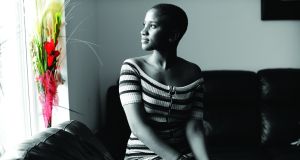 Elizabeth Akinwande (15) from Dublin, who in June wrote about her family’s experience of homelessness as part of the No Child 2020 project. Photograph: Dara Mac Dónaill

Every year, the then-minister for education Donogh O’Malley observed in a speech in September 1967, 17,000 children in Ireland finished primary school and fell out of the education system. “This means that almost one in three of our future citizens are cut off at this stage from the opportunities of learning a skill and denied the benefits of cultural development that go with further education,” he said. “This is a dark stain on the national conscience.”

That was the speech in which O’Malley announced the introduction of free secondary school education. It was a visionary step that would transform the lives of Irish children and renew the idea – so often undermined in the early decades after Independence – that politics could be a force for radical, enlightened social change.

In time, however, it would become clear that O’Malley’s landmark decision was to be a policy aberration rather than an augury of new thinking. For much of the 20th century, the State’s treatment of children was one of its signal failures. A vast network of industrial schools was the most appalling expression of that, but in law and in practice, in hundreds of small ways, children were silenced, sidelined, unheeded and unheard. The lofty declaration of the first Dáil in 1919 – that the new republic would be judged by its treatment of children – was soon forgotten.

Each problem must be addressed on its own terms, but we know that putting faith in incremental change will never work

In recent decades, official attitudes have changed for the better. A referendum in 2012 enshrined the “natural and imprescriptible rights of all children” in the Constitution. We have a National Children’s Strategy, a Minister for Children, a Children’s Ombudsman and a vital infrastructure of non-governmental agencies working to make this a better country in which to grow up.

Still, the promise of the first Dáil remains unrealised. About one-tenth – 105,000 – of the State’s children is growing up in consistent poverty. That means they live in a household with a very low income and go without basics such as heat or nutritious food. More than 3,800 children are homeless.

No Child 2020, a year-long initiative by The Irish Times in partnership with the Children’s Rights Alliance, has attempted to shine a light on these failures and to make a contribution towards solving them by advancing policy ideas under each theme set down by the first Dáil. Important progress has been made, and as we enter an election year, child poverty is on the political agenda.

Yet as the final part of the series makes clear, such progress is small and vastly inadequate. Each problem must be addressed on its own terms, but we know that putting faith in incremental change will never work. Lifting those children out of poverty, giving them a chance of realising their potential and living a fulfilling life – these are achievable aims. A national project aimed at securing them would be a fitting way to mark the centenary of the State.

1 Coronavirus: Aer Lingus cabin crew in self-isolation after passenger’s positive test
2 Murder in a crowded house: The full story of the Patricia O’Connor trial
3 Man (21) jailed for inflicting ‘catastrophic’ injuries on baby girl
4 Coronavirus: Myths that have gained traction
5 Britain is uncomfortable because Ireland has the upper hand for the first time
Real news has value SUBSCRIBE