The Irish Times view: A revealing look under the bonnet 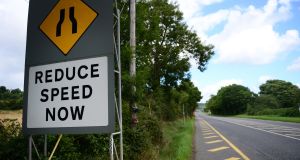 Motor premiums jumped by about 70 per cent over three years to late 2016, as insurance desperately sought to return to writing business at a profit, according to Central Statistics Office data. Photograph: Bryan O’Brien

Six years after Irish motorists started to face insurance premium hikes, they were finally afforded a proper look under the bonnet last week. At a headline level, the Central Bank’s first comprehensive motor insurance report showed that between 2009 and 2018 the average premium rose by 42 per cent to €706, while the average cost of claims per policy declined 2.5 per cent to €498 million.

But, below that, the report exposes an industry that has been spectacularly inept at pricing risk and is intent on clawing back losses made a few years ago. Insurers would also appear to be effectively using a spike in motor profits to cross-subsidise loss-making public liability and employer liability businesses.

The report also uncovers how the legal profession has been hoovering up massive fees pursuing cases on behalf of injured parties in motor crashes – resulting in settlement delays and little financial benefit for their clients in compensation cases below the €100,000 mark. The Irish Times reported on Thursday that the legal bill for motor claims between 2015 and 2018 amounted to almost €500 million.

Charts in the Central Bank report show that there was a significant drop-off in premium costs between 2009 and 2010 amid heightened competition in the market. Insurers were known to have become increasingly reliant on income from their investments to prop up their earnings. Both these games have limited lifespans and were played out by 2013 when they saw a spike in claims – driven by personal injury cases.

It is imperative that the new Judicial Council... moves quickly to produce new guidelines on personal injury awards

The insurance industry is a cyclical one internationally. But it is particularly so in Ireland, where the herd instinct leads to episodic blow ups. Quinn Insurance’s implosion in 2010 has resulted in its administrators calling on the Insurance Compensation Fund for €1.13 billion to meet claims and a 2 per cent levy being introduced in 2012 on non-life policies.

Motor premiums jumped by about 70 per cent over three years to late 2016, according to Central Statistics Office data. And while premiums have subsequently fallen back by more than 25 per cent, there’s clearly room for more cuts.

In the middle of the Central Bank’s data dump, however, is a chart showing the average personal injury award rose by more than 50 per cent between 2010 and 2018 to €325 as all other motor claim types – third party damage, windscreen, fire and theft – declined. Personal injuries accounted for 75 per cent of total claims costs but only 8 per cent of total claims cases last year.

In a country where whiplash awards are more than four times that in the United Kingdom, it is imperative that the new Judicial Council, which was formally established last week, moves quickly to produce new guidelines on personal injury awards.