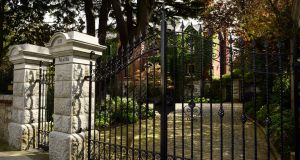 The local property tax is by its design progressive – the more your house is worth, the more you pay. File photograph: Cyril Byrne

Since the local property tax was introduced in 2013, councillors have had the power to raise or lower the rate by 15 per cent. Each year Dublin City Councillors have given the full 15 per cent discount to homeowners. In light of the unprecedented strain on the council’s finances this year, chief executive Owen Keegan appealed to council members not to apply this cut. In fact, he asked them to increase the rate by 15 per cent to secure €24 million. But even if they had chosen to apply the national basic rate, this would have resulted in a gain of €12 million, going almost a third of the way to filling the €39 million hole in the council’s budget.

But councillors didn’t budge. Fianna Fáil, the Green Party, Labour and the Social Democrats form a ruling group on the council. Ordinarily the dominant group ensures the books are balanced and the city’s budget passes.

The Greens and Labour stepped up to the plate on the tax this week, not going as far as Keegan wanted but a reasonable distance, proposing a 5 per cent increase on the basic rate. The Social Democrats weren’t willing to go quite so far, but still proposed no discount and that the basic rate should stand. However, Fianna Fáil voted with Fine Gael, Sinn Féin, People Before Profit and most Independents for the full 15 per cent cut.

It might seem odd that this politically eclectic group would seal themselves in the same barrel to go over the financial falls, but their reasons differ.

Fianna Fáil and Fine Gael say they don’t like that Dubliners’ money goes to other local authorities – 20 per cent of local property tax goes into a central fund to support poorer councils. Sinn Féin opposes a tax on homes, and the left say the tax has been used to cut central government funding and is regressive.

This is at odds with the position of most parties of the left internationally on property tax. The tax is by its design progressive – the more your house is worth, the more you pay – and renters, arguably the hardest-pressed citizens, particularly in the current circumstances, pay nothing. The 15 per cent cut won’t help them at all.