The Irish Times view on media policy in programme for government: Clear in identifying what’s needed

Its aim of a vibrant, diverse and independent media is achievable with the right commitment 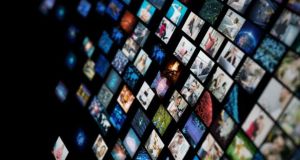 The promise in the draft programme for government of ‘review and reform of the defamation laws’ is welcome. Photograph: iStock

The draft programme for government is in truth hardly a programme. Much of it is little more than a to-do list, a series of acknowledgments that problems exist and should be resolved. A good example is the brief section on the media.

The commitment to consolidate “all policy functions relating to broadcast media, print media and online media into a single media division within a government department” is certainly a promise of attention in classic political form. It is also a welcome signal of focus where policy has been disjointed. But to what end?

When it comes to substance we are promised, yes, a commission – a new mandate and title for the previously mooted Public Service Broadcasting Commission as a Future of Media Commission. It will report on “the future of print, broadcast, and online media in a platform agnostic fashion” within nine months.

Yet, on closer reading, it would appear that this may not be the badly needed wholesale review of a sector undergoing massive change and profound economic and regulatory challenges, but may have a more limited remit to do largely with RTÉ’s problems, defined as finding “the necessary measures that need to be taken to ensure that there is a vibrant, independent public service media for the next generation”. Time will tell.

Acknowledging a public service role in the print and online media, and the need to address its economic viability, is positive but comes no way close to confronting the existential challenges faced by the sector. Similarly, it is to be hoped the promise of “review and reform of the defamation laws” carries greater weight than a similar commitment by the outgoing government which did no more than long-finger the issue.

To its credit, the programme for government is crystal clear in identifying what’s needed: a vibrant, diverse and independent media at local, regional and national level which is important to our democracy and our cultural development. It is achievable too but only if the next administration is committed to the task.