Tragedy in Roscommon reminds us of debt we owe to the men, women who keep us safe 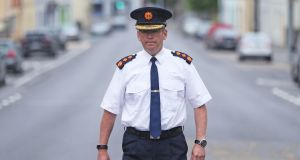 The killing of Detective Garda Colm Horkan in Castlerea, Co Roscommon, in the course of his duty is a tragic reminder of the risks gardaí run every day serving the community.

The tributes paid to the slain garda by President Michael D Higgins, Minister for Justice Charlie Flanagan and Garda Commissioner Drew Harris reflect the feelings of the country.

Det Gda Horkan was the 89th Garda member to die on duty since the foundation of the State. Thankfully the killing of a garda is relatively rare but that is what makes it all the more shocking when it occurs. It is almost five years since the last Garda member was killed in the line of duty.

One of the most positive aspects of Irish life is the fact that there is such a strong bond between gardaí and the community they serve. Although the force has been the subject of a number of controversies and inquiries in recent decades, that has not altered the esteem in which the vast majority of its members are held.

The most recent measurement of attitudes to policing, carried out by Amárach Research for An Garda Síochána, showed an extraordinarily high level of public confidence in the force, with 90 per cent of people expressing a medium or high level of trust and the same percentage saying that they had been treated with respect in their dealings with gardaí.

The policing controversies that led to the departure of two ministers for justice and two Garda commissioners over the past decade had the potential to seriously undermine that trust, and it is a tribute to the rank-and-file members that it has not happened. The positive impact Drew Harris has made as Garda Commissioner has also played an important part in ensuring continued public trust.

The manner in which the Garda has handled the Covid-19 health emergency has demonstrated why they command such broad public support. Although some politicians and civil liberties groups expressed fears that the extraordinary powers conferred on them by the emergency legislation might be misused, this did not happen.

That can be attributed to the long-established culture of the Garda in which policing is generally regarded as serving the community rather than enforcing needless punitive restrictions on the public. Most gardaí enforced the lockdown with politeness and good humour and that was in sharp contrast to the heavy-handed tactics employed by police forces in some other European countries. The tragedy in Roscommon is a reminder to us all of the debt we owe to the men and women who keep us safe.