The Irish Times view on juries: a system that needs to adapt 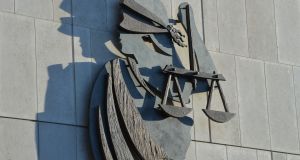 In Ireland and elsewhere, opponents of extending the right to women argued that serving on juries would conflict with their duties at home, or even that the features of certain criminal trials would be too onerous for women of a certain (read delicate) temperament. Photograph: Alan Betson

Few pillars of our democratic system are more important and at the same time more poorly understood than the jury system. Some of the mystery is there by design. When we ask citizens to perform this solemn duty – to assess the evidence in a case and deliberate among themselves before coming to verdicts that will have life-altering consequences for the accused, for victims and for others – we allow them to do so in a closed space, accountable only to one another. We do not ask them to explain their rationale. In all cases, save where a judge has erred in law, theirs is the final word.

While those principles have held firm since the system was introduced, our thinking on juries has changed significantly in other ways. In the 1927 Juries Act, in effect only landowning Irish men aged 21 or over could sit as jurors. Opponents of extending the right to women argued that serving on juries would conflict with their duties at home, or even that certain criminal trials would be too onerous for women of a certain (read delicate) temperament. That was nonsense, so we changed the system – although it took two determined women, Máirín de Burca and Mary Anderson, to go to court to force a change in the law.

Looking back, the practices that obtained from the 1920s to the 1970s look archaic and wrong. But the system is still beset with deficiencies that undermine trust in this vital institution. Doctors, nurses, teachers and other public servants enjoy a blanket excusal “as of right”. That’s hard to reconcile with the idea that a jury should be representative of society. A study in 1993 found that only 30-40 per cent of those summoned were available to serve – a very high attrition rate.

Jurors are often told by judges not to disclose information about their deliberations and not to make their own inquiries online, but there is no way of punishing those who ignore those instructions. The rise of crime gangs has increases fears about jury tampering and intimidation, while the lack of any expenses provision for jurors provides another disincentive to serve.

These and other problems were identified in a Law Reform Commission report in 2013. It proposed wide-ranging changes, including the removal of the blanket excusal for public servants in favour of a general right of excusal “for good cause”. The report also suggested every adult citizen of the UK who is registered to vote in Dáil elections should be qualified to sit on a jury here, as should every non-Irish citizen who is registered to vote in local elections and has been resident in the State for at least five years.

For some reason it has taken the Department of Justice five years to set up a working group to look into the commission’s recommendations. Better late than never. But now it should move quickly. Those recommendations are more urgent than ever.

1 Drug dealer loses codes for €53.6m bitcoin accounts
2 Anti-Irish bigotry in Britain has not gone away
3 Would you kill one person to save five? Depends if you’re a millennial or not
4 Ben Affleck: ‘It took me a long time to admit I am an alcoholic’
5 ‘IRA has gone away’: McDonald responds to Garda Commissioner’s comments
Real news has value SUBSCRIBE