The Irish Times view on the cancer scandal: a numbingly familiar pattern 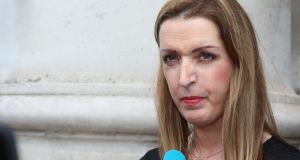 Almost as disturbing as the scandal over the failings of the cervical cancer screening programme is the way we have come to know about it. Last September, Vicky Phelan learned that her cancer had been missed when she was screened in 2011. She discovered this because, purely by chance, she spotted the information on her medical file while she was waiting for an appointment. Yet doctors within the system had known about her false negative test three years earlier, in 2014. They did not tell her. But for her accidental discovery, it is by no means clear that she would ever have been told or that the wider failings of the screening programme would now be such a major political issue.

Mistakes happen in all systems. In a healthy democracy, those mistakes are discovered promptly and acknowledged. Those who are responsible account for themselves and lessons are learned. Judged by these standards, the diagnosis for our democracy is alarming. Warnings from experts about the deep flaws in the screening programme were ignored. Legitimate questions were dismissed as scaremongering. Vital information about their own medical histories was withheld from women and their GPs. Vicky Phelan, like so many others before her, was forced to seek redress in a highly adversarial legal arena. Accountability remains, at best, very limited.

This is, moreover, a numbingly familiar pattern, especially where women’s health is concerned. Poor decisions are made in the health system. When the consequences begin to manifest themselves in the lives of patients, there is obfuscation, denial and the evasion of responsibility. The old saw, “whatever you say, say nothing” becomes the operative motto. Facts eventually drip out. There is shock, scandal, outrage. There are apologies and inquiries. And when the storm has passed, the pattern repeats itself. The disease is not cured – it merely goes into remission.

At the heart of this toxic syndrome is a question that has never had a proper answer: who is the health system for? Is it really for patients or is it for the system itself? The answer should be obvious but if patients are the priority, why were Vicky Phelan and so many other women not entitled to their own information? Why does it seem, in scandal after scandal, that the woman at the centre of it is a nuisance, an embarrassment to be hidden rather than a person and a citizen who has a right to honesty, compassion and the immediate prioritisation of her best interests?

These scandals are symptoms of a chronic condition that government after government has failed to face: a health system that is incoherent, inefficient and profoundly unjust because it refuses to make the needs of patients its sole priority. A system that is not based on the equal dignity of every citizen will never create a culture of openness and accountability.

1 Restarting Ireland: When and how will we ‘get back to normal’?
2 Coronavirus: HSE says 20% of protective equipment delivery unsuitable, testing to double
3 Covid-19 testing: Irish pharma firms source raw material to make reagent
4 Mary Lou McDonald: This crisis shows that Sinn Féin was right
5 Man shot dead in Belfast was suspect in Keane Mulready-Woods murder
Real news has value SUBSCRIBE