If the Government is serious about building the best education system in Europe, it must act accordingly 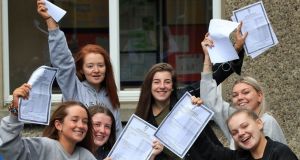 The Government’s decision to give a green light to the State’s first technological university was hailed by ministers last week as a sign of its ambition to develop higher education and create more opportunities for students. That may be so. But a more telling measure of its commitment to the sector is the low priority it has given to establishing a sustainable funding model.

Higher education has suffered from a decade of underinvestment. Core public funding per student is almost half what it was in 2008. As a result, the quality of education is at risk due to overcrowded facilities and outdated technology. The student to teacher ratio has increased significantly and is placing additional stress on an already creaking system. It is little wonder that our top universities have been sliding down international rankings.

To its credit, the Government has reversed the cycle of declining State investment in the sector since it came to office. Increases in a payroll levy on employers, together with modest extra public spending, will see additional funding going into higher education and training this year and next.

In reality, however, this is a sticking plaster solution which masks the bigger issue. It falls hundreds of millions of euro short of the kind of sustained investment identified – in an expert group on future funding for higher education – as being necessary to build a world-class system. In the meantime, Irish universities are being left behind by their Asian counterparts which are benefitting from sustained additional investment.

It is more than two years since the expert group, led by former trade union leader Peter Cassells, concluded that the funding system was not fit for purpose. The Government’s response has been to kick the can down the road. Yet the problem will not go away – the number of students projected to enrol at third level will increase by about 30 per cent within a decade. Of course, there are competing demands on the public purse in areas such as health and housing and they will intensify in the run up to the Budget. But education must be a strategic priority.

Beyond the question of funding, a potential response may be to enhance university autonomy and relax Government restrictions such as those that cap staff numbers. Most universities now generate the bulk of their income privately. It is questionable whether the Government should wield such authority when it is becoming a minority investor.

Higher education is a cornerstone of both our economy and society and has made a crucial contribution to our development. It will play an even greater role in a more competitive global environment. The Government repeatedly says its ambition is to build the best education and training system in Europe within a decade. If it is to achieve this goal, it must act accordingly.