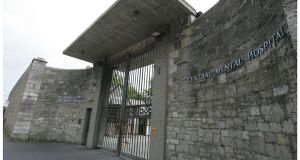 A farsighted, imaginative government would have given Ó Cualann Cohousing Alliance room to breathe in a site like the Central Mental Hospital. Photograph: Alan Betson

The development of the publicly-owned Central Mental Hospital site in Dundrum by the Land Development Agency (LDA) is at stage three – the emerging concept stage. At the last webinar, which was organised as part of a consultation process, none of the speakers from the LDA or the architects, Reddy Architecture+Urbanism, was able to say what proportion of the housing proposed for the site would be affordable. Some 10 per cent will be social housing but the figure for affordable housing has not yet been decided.

Someone asked what would constitute success for the site. Architect Rob Keane spoke about preserving the rich tapestry of natural and historical features including its biodiversity, and ensuring that heritage of the main hospital building was preserved. He also spoke about opening up the space to the local community and being truly sustainable. These are all important, indeed, vital issues and his sincerity was palpable. However, affordability featured nowhere in what he said. Barry Chambers of the LDA spoke after him. Finally, the word affordable was mentioned – this would be an “affordable-led scheme”.

Chambers also said that the LDA had looked to European exemplars of best practice and his hope would be that one day, other European countries would be looking at Dundrum Central as an exemplar of high-quality design and sustainability.

My preference for the Central Mental Hospital site would have been to give it to a body like Ó Cualann Cohousing Alliance and use the site entirely for social and affordable housing. Ó Cualann has just been appointed by Fingal County Council to oversee the construction of 39 affordable and 12 social homes in Dun Emer, Lusk. This is in the Minister for Housing, Darragh O’Brien’s constituency, and he was quick to welcome the development, which will see prices range from €166,000 for two-bedroom apartments to €258,000 for three-bedroom semi-detached homes. These homes are built to the highest specifications but still cost at least 25 per cent below the current market prices. Unbelievably, it is the first affordable housing scheme in the county in 11 years.

Minister O’Brien reiterated after the Dun Emer scheme announcement that it is his “firm intention to put the dream of home ownership back in reach for many of our people.” Unless the government stops its current piecemeal and almost haphazard approach to the housing crisis, it will remain just a dream.

Witness the ESRI, hardly a bunch of radicals, stating recently that the shared equity scheme will risk driving up prices and worsening affordability issues. The scheme simply validates existing market prices rather than doing anything to tackle the reasons prices are so high.

The Ó Cualann model works because usually the local authority owns the land and either provide it to Ó Cualann at a nominal price or pay for the services to the site. Crucially, Ó Cualann only aims to make 5 per cent profit as opposed to the minimum of 25 per cent profit which commercially driven developers aim for. Finally, because it is a cooperative model, it leverages the savings of people who hope to buy. Their 10 per cent deposit is used as part of the construction finance.

Thus far, Ó Cualann has only been involved in relatively small-scale developments but a farsighted, imaginative government would have given it room to breathe in a site like the Central Mental Hospital.

Let private developers work on private land for the people who can afford their prices. Let public land be for those priced out of the market and create homes not just for families but for individuals, given the growing need for smaller units. The current LDA plans in Dundrum are for 1,300 housing units, some as high as 14 stories, designed for the different stages of the life cycle including housing for older people. How many will be able to afford them? High-rise developments are phenomenally expensive.

Some might argue that only a profit-driven model could deliver the preservation of the environment both built and natural, and the extensive community amenities that are now being proposed for the site. This is nonsense. If the government is committed to sustainability, why should that be reserved for those rich enough to afford it from the outset?

Take the long view. Affordable housing means people have money to spend, which enriches the economy and benefits everyone.

If the development were entirely social and affordable while preserving the heritage, other European countries would not just be acknowledging high-quality design and sustainability, but that Ireland had finally realised that housing is a public good and cannot be left to the market alone to provide.

2 Bill Gates: ‘I’m not trying to take anything away from Greta Thunberg, but...’