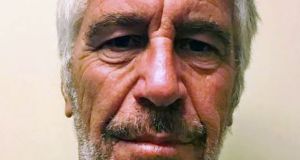 Two prison officers responsible for guarding Jeffrey Epstein on the night he killed himself have been charged with falsifying prison records.

A grand jury indictment made public in New York on Tuesday accused guards Toval Noel and Michael Thomas of failing to perform checks on Epstein every half hour, as required, and of fabricating log entries to show they had.

Epstein was found dead in his cell in August.

A message left with union officials representing the guards was not immediately returned.

Epstein, whose influential circle of friends had included Donald Trump and the Duke of York, was facing charges of sex trafficking. - AP