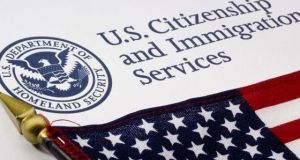 One possible pitfall for Ireland is that South Korea may also want its citizens to be included in the visa scheme which is currently only available to Australia.

A possible Senate vote on a proposal to extend the E3 visa scheme to Irish citizens is likely to be delayed, as the US Capitol focuses on memorials for the late George HW Bush.

Six “holds” have been put on the legislation since it was approved by the US House of Representatives and moved to the Senate last week. But this had not been unexpected, Irish officials and senate sources say. Since the weekend, two of those “holds” have been lifted, but four remain, indicating that senators are seeking further information.

The senators in question are Republican, but with the Trump administration supporting the Bill, it is hoped that their concerns will be assuaged. One possible pitfall for Ireland is that South Korea may also want its citizens to be included in the visa scheme which is currently only available to Australia.

Members of US Congress, dignitaries and the general public streamed into the rotunda of the US Capitol on Tuesday to pay their respects to former President George HW Bush. He is lying in state in the Capitol until his funeral on Wednesday in Washington National Cathedral.

As a result, senate business has been delayed, and no vote is likely to take place until Wednesday night at the earliest.

With the US government facing the prospect of a partial government shutdown this Friday, a two-week temporary funding measure has been effectively agreed, which means that the current congress may sit until December 21st. It had been scheduled to adjourn a week earlier.

As a result, a vote on the extension of the E3 visa scheme could be pushed into next week, though technically a vote could take place this week.

US special envoy John Deasy is in Washington this week for negotiations as Irish lobbying continues.

He declined to comment on the details of the negotiation, but said that Ireland is continuing to make progress. “The Senate procedures take time, and we’re working our way through this,” he said.

Ireland is hoping to secure congressional approval before the current Congress finishes at the end of the year, to allow Irish citizens access to the E3 visa scheme which was granted to Australia in 2005. Currently, Australians only take up about half of the 10,500 annual allocation.

While Canberra initially had some concerns about the development on its own citizens, the Australian embassy in Washington now supports Irish efforts and is working along with the Embassy of Ireland to potentially secure improvements to the current scheme.

The Bill needs unanimous support in the Senate, before it can pass to the White House for signing.

An agreement would open an important pathway to Irish citizens seeking to live and work in the United States. The Embassy of Ireland in Washington and Mr Deasy have been advancing talks with senior figures on Capitol Hill and within the Trump administration over recent months.