Northern Ireland representative to US Norman Houston dies in Belfast 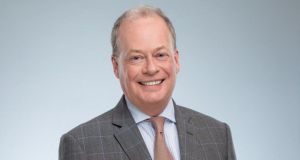 Norman Houston joined the civil service at the height of the Troubles. Photograph: Northern Ireland Bureau

Mr Houston died on Tuesday in Belfast. He was 62.

In a statement, the Northern Ireland Office said Mr Houston, who was awarded an OBE for his work in 2019, would be remembered as a “true diplomat who served Northern Ireland with distinction.”

“For over 15 years, Norman saw to it that Northern Ireland was at the centre of political and economic discussions in successive US administrations, bringing much-needed investment and opening many doors for our politicians and wider business leaders.”

First Minister Arlene Foster said she was “shocked and deeply saddened” to hear the news of his death.

“Norman was a consummate professional and a true ambassador for Northern Ireland. Throughout his time as Director of the Washington Bureau he made an enormous contribution to promoting Northern Ireland on a global stage,” she said.

Deputy First Minister Michelle O’Neill said that Mr Houston’s contribution to “developing our relationship with the United States is immeasurable.”

“He was an excellent diplomat who did an outstanding job of leading our Washington Bureau for more than a decade. He had an unforgettable presence and his name was known far and wide throughout the city and beyond.”

Ireland’s ambassador to the United States, Dan Mulhall, said he was “deeply saddened” by his death.

SDLP leader Colum Eastwood recalled how Mr Houston had always been “extremely kind and helpful” during his visits to Washington, describing him as a “top-class public servant.”

Mike Nesbitt of the UUP said he was “devastated” at his death, noting he was “well known and well respected in Capitol Hill and the White House. ”

Originally from Larne, Mr Houston joined the civil service in 1975, at the height of the Troubles. He served in Washington on two postings during his career.

Massachusetts congressman and chair of the Friends of Ireland caucus on Capitol Hill Richard Neal said he was “saddened to learn that my good friend Norman Houston passed away”.

“For many years, Norman ran the Northern Ireland Bureau with decorum, professionalism and civility. He was a superb ambassador for Northern Ireland and will be greatly missed by his friends on both sides of the Atlantic.”