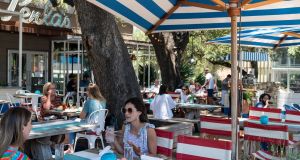 The coronavirus has been testing America’s governors. Few are being squeezed harder than Greg Abbott of Texas.

Abbott, the governor of the country’s largest Republican-controlled state, reopened Texas in May, eager to be part of President Donald Trump’s push to restart the economy sooner rather than later.

But the reopening has backfired, creating the makings of a political and public health disaster that is putting the lives of Texans at risk, adding ammunition to Abbott’s long-running war with the Democrats who run the state’s biggest cities and drawing unusually sharp criticism from fellow Republicans.

As millions of Texans have emerged from weeks of isolation and headed to shopping malls, cinemas and beaches, the governor, faced with an alarming number of new cases, did an abrupt about-face this week and urged people to go back home.

He imposed restrictions on outdoor gatherings of more than 100 people and has cleared the way for local authorities to require face masks in businesses – after earlier opposing attempts by local officials to require everyone in their cities to wear masks in public.

These were the latest in a series of contradictory moves by the governor that have proved confusing and frustrating to many Texans. For weeks, Abbott had reassured Texans that the virus was largely under control.

“Covid-19, while dangerous, while still growing in the state of Texas, is not as severe as it is in some other states,” he told reporters in April. But as the state began to rapidly reopen, and people returned to restaurants, bars, malls, hairdressers and gyms, the numbers – and the governor’s tone and policy responses – have changed.

New cases, hospitalisations and the percentage of positive tests have been on the rise for weeks, indicators that the coronavirus is spreading rapidly. Since late May, the average number of newly reported cases each day has more than doubled to about 3,500, up from 1,500. That is not just the result of more testing: The percentage of tests coming back positive has soared from 4.5 per cent to about 9 per cent. Hospitalisations are also on the rise.

Texas has surpassed more than 100,000 cases, joining a small club of only six other states to do so – New York, California, New Jersey, Illinois, Massachusetts and Florida. On Wednesday, Texas hit another milestone, recording more new cases in a single day than it has since the pandemic started – more than 6,200 new infections.

Wednesday brought another turnabout. Texas had previously ordered all air travellers arriving from New York, with its then-booming number of cases, to quarantine for 14 days. But on Wednesday, New York governor Andrew Cuomo of turned the tables and announced that travellers from Texas and eight other hard-hit states would have to quarantine there.

The sudden reversal has left Abbott with few good options and an array of critics from both parties – some of them the leaders of the state’s largely Democratic major cities, who have complained that the state reopened too quickly and tied their hands when they wanted to impose virus-control measures of their own.

“The governor opens up our economy and says, ‘okay, you guys go back to work’, and we expect nothing to happen?” said Ruben Becerra, a Democrat and the county executive in Hays County, southwest of Austin, where total confirmed cases have surged from 353 on June 1st to more than 2,100 on Wednesday.

Abbott is by no means alone. Other states led by Republican governors have struggled to balance their reopenings with the spread of the virus, while navigating the politics of mask-wearing and issues of state versus local control.

In Arizona, the handling of the pandemic by Republican governor Doug Ducey has come under intense criticism by Democratic leaders in Arizona’s largest cities. Ducey had resisted allowing mayors to make mask-wearing mandatory in their cities. But under pressure over a surge in cases, he allowed mayors to implement their own measures.

On Wednesday, Florida saw a record number of new coronavirus cases, but Republican governor Ron DeSantis gave no indication that the state would roll back its reopening, urging people instead to avoid crowds and closed spaces with poor ventilation.

Texas, though, is facing a challenge of both politics and numbers. If local trends persist, Houston could become the hardest-hit city in the country, rivalling the situation in Brazil, Dr Peter Hotez, dean of the National School of Tropical Medicine at Baylor College of Medicine in Houston, warned this week on Twitter.

Hotez, one of the state’s leading experts on contagious diseases and vaccine development, said in an interview on Wednesday that the Houston, San Antonio, Austin and Dallas-Fort Worth metropolitan regions “are facing a dire public health emergency”.

The governor should require face masks and tougher social distancing measures in those four regions immediately, he said. “We have to take action before the end of this week,” he said. “If we don’t do something, there’s nothing to stop this thing going up the ceiling.”

Hotez and other public health experts, along with several local elected officials, have blamed the uptick in the virus on Abbott’s decision to speedily reopen the state. They said businesses were allowed to resume operations before the state had enough testing, contact tracing and other resources in place.

The results surfaced immediately in cities around the state. San Antonio’s Bexar County had 93 patients in county hospitals on June 1st, 20 of them on ventilators; by Tuesday, those numbers had jumped to 518 hospitalised, with 79 on ventilators.

“As we opened up Texas, everybody became very complacent and were not wearing face masks,” said Nelson W Wolff, a Democrat who serves as the top elected official in Bexar County. “Then you have the president running around and not wearing one, and the governor only recommending it, not enforcing it, and so I think people got mixed signals, and we have seen it spread exponentially.”

Abbott, a former Texas attorney general now in his second term, has been praised for his calm and swift handling of Hurricane Harvey, mass shootings and other large-scale disasters. But he has also been criticised, even by some in his own party, for too often following the lead of the state’s second-in-command, lieutenant governor Dan Patrick, an outspoken arch-conservative who made national headlines for saying he and other grandparents were willing accept the threat to their own lives if that is what it took to reopen the country.

Abbott, his aides and his supporters defended his response to Covid-19 and said Texas can both reopen its economy and maintain public health.

“People must know the facts,” Abbott told KTVT in Fort Worth on Tuesday. “The facts are that Covid-19 is expanding far faster and far wider than at any time during the pandemic in Texas. That is why we are having to take additional measures.”

But the governor has had to carefully navigate the state’s complicated politics in trying to control the virus. The phased opening up has fuelled a backlash among some conservatives, who resist wearing masks in public and say the state needs to go even further. (Bars now operate at 50 per cent capacity, while restaurants operate at 75 per cent capacity.)

In just one example of the politics at play, the Texas Democratic Party held an online-only convention recently, while the Republican Party is planning an in-person convention in Houston in July.

Abbott has leaned on conservative, pro-business, small-government themes, but has also sent conflicting messages. The governor initially resisted calls to issue a stay-at-home order, as other states had done, before issuing an executive order in early April. But even that led to a flurry of confusion, when he said at a news conference that it did not amount to a stay-at-home order. The next day, he released a video message clarifying that it did.

The order lasted 28 days, one of the shortest stay-at-home orders in the country.

Since businesses began reopening in early May, Abbott has gone head-to-head with the mostly Democratic mayors in the state’s largest cities, who have begged for more power to impose tougher restrictions.

At first, Abbott’s approach was to let local officials handle the response. Then he shifted course, issuing an executive order that made it clear the state’s coronavirus rules nullified local ones. His stance shifted again in recent days when he allowed cities and counties to require businesses to have customers and employees wear masks and to fine business owners who did not comply.

Democratic critics who had been fighting for more local control said the governor’s turnabout came too late. Some Republicans saw Abbott’s move as throwing business owners under the bus.

“Business owners will become a de facto law enforcement arm, but the only tool they will have to enforce the mask requirement is to refuse to sell to their customers and to kick them out of their store,” state senator Bob Hall, a Republican from East Texas, wrote in a posting online. “Who knew the flame of Texas Liberty would be extinguished, by the stroke of a pen, without a shot fired?”

In Galveston, a beach city southeast of Houston, mayor James D Yarbrough ordered mandatory face masks for all businesses starting on Tuesday. The number of people who tested positive rose to more than 300 this week from about 50 at the end of May.

The city has seen packed beaches and crowds in restaurants, bars and souvenir shops. “There is no social distance – there are minimal masks,” said Yarbrough, a Democrat. “We are seeing a lot more younger people, what we call day trippers,” he said. “They come to spend the day and leave their trash and Covid and go on back.” – New York Times