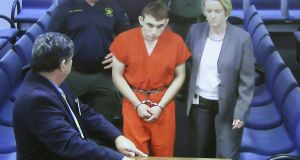 Florida governor Rick Scott has called on the FBI director to resign after learning the bureau failed to act on a warning it received last month about the suspect in the Florida school shooting. The agency acknowledged the tip-off on Friday, as anger mounted in the US over the authorities’ handling of the issue.

The FBI confirmed it had received a tip-off concerning Nikolas Cruz, the chief suspect in the shooting, on January 5th, but the bureau’s Public Access Line, which manages tips from the public, did not pass on the information to the Miami FBI field office.

In a statement, the FBI said that a person close to the 19-year-old suspect had contacted the agency to provide “information about Cruz’s gun ownership, desire to kill people, erratic behaviour and disturbing social media posts, as well as the potential of him conducting a school shooting”.

However, this information was not passed on and no further investigation was conducted. In a statement, FBI director Christopher Wray said he was committed to getting “to the bottom of what happened in this particular matter, as well as reviewing our processes for responding to information that we receive from the public”.

The FBI also received a separate warning about Mr Cruz last September. A Mississippi-based YouTube user contacted the agency after he noticed that a person with the name Nikolas Cruz had posted a comment saying: “I’m going to be a professional school shooter.” The FBI said it had been unable to confirm the identity of the person who posted the comment and did not pursue it further.

Mr Cruz was charged on Thursday with 17 counts of premeditated murder after 14 students and three teachers were killed at a shooting rampage at Marjory Stoneman Douglas High School in Parkland, Florida. Authorities said Mr Cruz had confessed to his crime. A man with a record of mental-health difficulties, he legally bought the AR-15 assault-style rifle he used in the attack legally in Florida a little under a year ago.

Broward County police released further details of the suspect’s movements before and after the shooting. The gunman took an Uber taxi to the school on Wednesday afternoon. He then entered the building, opening fire in several classrooms, before continuing firing in the corridor and returning to at least one classroom to resume shooting.

He abandoned his weapon and ammunition and left the school by foot, blending in with crowds of students who were being evacuated by police. The suspect then entered a Walmart store where he bought a soft drink. He also stopped at a Subway and McDonald’s fastfood restaurant, before being tracked down by police at the nearby town of Coconut Creek and arrested.

US president Donald Trump, who was due to fly to his home in Mar-a-Lago close to Parkland on Friday, was expected to meet with some of the victims of Wednesday’s gun attack – the deadliest school shooting in the United States since the Sandy Hook massacre of 2012.

As anger and shock continued to reverberate across the United States in the face of the third mass shooting in less than five months, there were growing calls for Congress to introduce measures to limit gun violence.

The right-leaning New York Post newspaper used its front page on Friday to call for action on gun control. “Mr. President, please act,” its headline read, along with a photograph of two women crying. Beneath the headline it wrote: “The Post says: We need sensible gun control to help stop the slaughter.”

The Florida state attorney’s office said that no decision had yet been made as to whether to seek a death sentence for Mr Cruz, though experts said he is likely to face the death penalty.