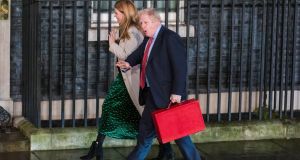 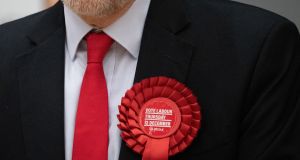 Five reasons why the Conservatives won

British prime minister Boris Johnson’s message that he would “get Brexit done”, repeated over and over again, appears to have resonated with a public weary of the lack of resolution over the UK leaving the EU.

He stressed throughout the campaign that he would sort out the issue quickly with his “oven-ready” deal, even though the UK is heading for years of trade negotiations and uncertainty at the end of next year when the transition period comes to an end. And he repeatedly stressed the prospect of a Labour government leading to another referendum.

The Tories’ message was much more focused than Labour’s. Johnson focused relentlessly on the “get Brexit Done” slogan as well as pledges about more police officers and nurses. In contrast, Labour had a multiplicity of huge policy offers from mass nationalisation to free broadband and compensating women in their 50s for the rise in the pension age. Ultimately, concentrating on a small number of core pledges seems to have given Johnson the cut-through he needed.

The Conservatives launched a manifesto that was short on eye-catching policy offers, beyond a small tax cut to national insurance and a very modest increase in public spending.

The party was keen to avoid the disaster of Theresa May’s 2017 manifesto when she unveiled an unpopular policy on social care that was soon dubbed a “death tax” by Labour. This time, the party steered clear of any controversial pledges. The manifesto was so cautious it even contained promises not to do things, such as a pledge not to bring back fox-hunting.

The Labour vote dropped dramatically in many areas. In some places, the Conservative vote did not go up hugely but Johnson’s candidate came out on top because traditional Labour voters appeared to have stayed at home or voted for the Brexit party. Defeated MPs have variously blamed the party’s Brexit position and Corbyn’s leadership for the suppression of the Labour vote.

Candidates said throughout the election that while Labour leader Jeremy Corbyn was unpopular on the doorstep, there was little enthusiasm for Johnson either. However, he was clearly a stronger candidate throughout the campaign than May in 2017, submitting to two head-to-head leadership debates in which he made no major slip-ups. The gaffe-prone prime minister also stayed on message until almost the end of the campaign, when he was pilloried for refusing to look at a picture of a small boy on a hospital floor and hiding in a fridge to escape a TV interviewer. Throughout, his leadership ratings were substantially higher than Corbyn’s.

Shadow cabinet figures such as Richard Burgon were quick to praise the Labour leader’s decency and integrity in broadcast interviews overnight - but after the exit poll came in many candidates said that on the doorstep it was his lack of popularity that cost them.

Corbyn went into the campaign with the lowest net satisfaction ratings of any opposition leader since the late 1970s (Ipsos Mori). Among older voters, Labour campaigners said his past support for the Irish republican movement came up repeatedly on the doorsteps. In London, antisemitism and what people perceived as the absence of an apology appeared to be a key issue.

Longstanding Corbyn critic Ruth Smeeth, who expected to lose her Stoke North seat, told Sky News the blame for the predicted result lay with the leader. She said: “His personal actions have delivered this result for my constituents and for swathes of the country overnight.” Toby Perkins, standing in Chesterfield, said the election was tough and in part due to the “monumental unpopularity” of Corbyn.

There was an incredible amount on offer in Labour’s 2019 manifesto: “It’s Time For Real Change”. From free care for the elderly, free university tuition fees, reducing the voting age to 16 and payouts for Waspi women, the party attempted to speak to every sector of society.

Some candidates reported that they had so much to rattle through on the doorstep that when new policy ideas dropped halfway through the campaign - such as slashed rail fares - they shied away from discussing them so as not to overload people with commitments.

A Labour source said: “It wasn’t that people didn’t like the policies, people thought there was too many of them. The free broadband was really unpopular. We hadn’t spent two years making the case for it and we just dumped it on them, so people thought ‘this is a weird luxury, why on earth are we being offered this?” Jon Lansman, leader of the Corbyn campaign group, Momentum, said: “The manifesto was too detailed and too long. It was a programme for 10 years, not for government.”

The Labour leadership quickly blamed Brexit for overshadowing their radical domestic agenda, but others within the shadow cabinet believe their own approach to the EU was extremely unclear.

Party chair Ian Lavery’s frank assessment was telling of the rift that has existed within the shadow cabinet over their policy to renegotiate a Brexit deal with the EU within three months and put it to a public vote within six months should they have won a majority. Lavery told the BBC: “What we are seeing in the Labour heartlands is people very aggrieved at the fact the party basically has taken a stance on Brexit the way they have.” He said ignoring the wishes of 17.4 million voters was “not a good recipe”. “Ignore democracy and to be quite honest the consequences will come back and bite you up the backside,” he said.

Caroline Flint, who lost her seat in Don Valley, said they had not taken the right approach considering the number of leave voting seats they represented in the country.

The collapse of the ‘red wall’

A regular line trotted out by opposition parties, particularly by the Conservatives and the Brexit party during the election was that Labour had taken their traditional working-class support base for granted.

Despite promises to tax billionaires to fund investment in public services that would have helped those on lower incomes, Labour’s offer failed to convince voters in old coal, steel and manufacturing towns. The so-called red wall, made up of seats such as Bolsover, Rother Valley, Blyth Valley, Darlington and Redcar turning Tory indicated a severing of Labour allegiances that in some cases span back 100 years.

There has been criticism that Corbyn, as a middle-class north Londoner, was unable to appeal to working class communities personally despite his policies, and many of his shadow cabinet colleagues including the shadow foreign secretary, Emily Thornberry, the shadow Brexit secretary, Keir Starmer and the shadow home secretary, Diane Abbott, were drawn from neighbouring constituencies.

In the postmortem of the election strategy, the allocation of supporters and campaigners to parts of the UK will be scrutinised in detail. Labour was aiming for a majority and spread its base wide, perhaps making its mission too expansive.

Rallies were held in safe Birmingham and Bristol but also marginals such as Telford and Middlesborough South and Cleveland.

Some activists complained that Momentum, which was a powerful campaigning force in 2017, focused its efforts only on the ultra-marginal seats and those that had a candidate aligned to their politics. This may have left some seats at risk with majorities of between 3,000 to 5,000, because they did not always have a strong on-the-ground presence.

Significant effort and manpower went into the trophy seats of Boris Johnson’s Uxbridge seat and Iain Duncan-Smith’s Chingford and Woodford Green, both of which the Tories held. – Guardian News and Media

1 Six weeks of Level 5: Non-essential shops to close, no visitors to homes and a 5km travel limit
2 Covid-19: State moves to Level 5 for six weeks with hopes of ‘meaningful’ Christmas celebrations
3 Life under Level 5: What will the next six weeks look like for Ireland?
4 Coronavirus: Why Level 3 failed and why Level 5 might too
5 Bill that overrides UK’s Brexit deal denounced in House of Lords
Real news has value SUBSCRIBE