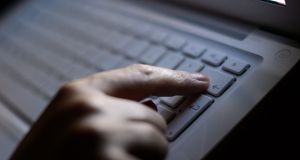 Fake news has plunged democracy into crisis with voters being systematically manipulated by campaigns of hate and disinformation, a British parliamentary committee has warned. File photograph: Dominic Lipinski/PA Wire.

Fake news has plunged democracy into crisis with voters being systematically manipulated by campaigns of hate and disinformation, a British parliamentary committee has warned.

In a report published on Sunday, MPs rounded on tech firms such as Facebook, Twitter and Google for acting “irresponsibly” over data collection and called for new laws to make them accountable for the content on their sites.

Users’ behaviour is being “modified and changed” at the hands of social media companies and there is currently no sign of the practice ending, the Digital, Culture, Media and Sport Committee warned.

New laws must be introduced to clamp down on the “wild west” social media world, they said.

Their inquiry examined everything from Facebook’s apparent failures to stop the incitement of hatred against Rohingya Muslims in Myanmar to the “intractability” of tech companies in recognising Russian meddling in elections.

“We are facing nothing less than a crisis in our democracy — based on the systematic manipulation of data to support the relentless targeting of citizens, without their consent, by campaigns of disinformation and messages of hate,” committee chairman Damian Collins said.

“In this inquiry we have pulled back the curtain on the secretive world of the tech giants, which have acted irresponsibly with the vast quantities of data they collect from their users.

“Despite concerns being raised, companies like Facebook made it easy for developers to scrape user data and to deploy it in other campaigns without their knowledge or consent.”

Tech firms are accused by the committee of trying to dodge scrutiny throughout their inquiry and key figures were criticised for failing to give evidence and being evasive when they did.

The British government is expected to publish a white paper later this year on proposals to reform laws to make the internet and social media safer.

In its report, the committee called for a new category of tech company to be introduced that plugs the gap between platform and publisher, which the firms fall through. It would force social media firms to take action over harmful and illegal content.

MPs said the firms have profited from posts that lead to high levels of engagement.

Concerns were also raised about the volume of fake accounts on Facebook and Twitter, which could mean advertisers face being defrauded if they are paying for services on the basis that users are real.

The committee has asked the Competition and Markets Authority to consider conducting an audit on the social media advertising market.

The UK’s Electoral Commission welcomed the report and its call for “urgent action”.

“We echo the report’s call to modernise electoral law and to give the commission the powers needed to ensure transparency, provide confidence in the system and deter those who may seek to breach electoral law,” a spokesman said.

“The report raises other interesting proposals which we look forward to exploring in greater detail over the coming months.”

A British government spokeswoman said: “The government takes disinformation very seriously, as with all types of online manipulation and internet harms. That is why we have said we will come forward with new online safety laws to make sure the UK is the safest place to be online.

“We note the committee’s report and will consider its final recommendations.” - PA