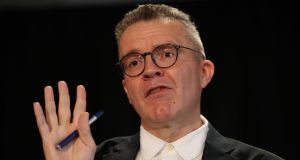 The deputy leader of Britain’s Labour Party survived an attempt to oust him over Brexit. File Photograph: Jonathan Brady/PA Wire 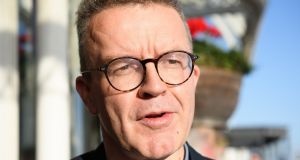 Deputy leader of the British Labour party Tom Watson arrives at his hotel, near the Brighton Centre, the venue for this year’s Labour Party Conference, on Saturday. Photograph: Leon Neal/Getty 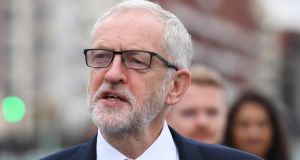 Jeremy Corbyn has sought to play down a rift at the heart of his team after one of his closest aides resigned, blasting the Labour leader’s top circle for their lack of “human decency”.

Mr Corbyn said Andrew Fisher – who is head of policy and the author of the party’s last manifesto – would stand down at the end of the year to spend more time with his family.

But the Sunday Times reported Mr Fisher had warned that the party would not win the next general election, and walked out last Saturday.

The paper said that he denounced Mr Corbyn’s team for their “lack of professionalism, competence and human decency” in a leaked memo.

He reportedly said he was sick of the “blizzard of lies and excuses”, and claimed a “class war” had gripped the upper echelons of the party.

But appearing on BBC One’s The Andrew Marr Show, Mr Corbyn sought to downplay the reports.

He said: “He is wanting to leave in order to spend time looking after his son and being with his wife and his family – because this is a very stressful and very full-on job.

“And he is working with us for the rest of this year– he will be here for the general election campaign, he is as we speak ... downstairs.”

The Labour leader added: “He is a great colleague, a great friend ... I’ve worked with Andrew for 15 years, when I was a backbencher and many other times. He is a great writer, he’s a great thinker and he’s done a huge amount of work in the party.

“We get along absolutely very well and he’s promised that whatever happens in the future he will be working with me on policy issues.”

On Mr Fisher’s comments in the memo, Mr Corbyn said: “I think he said that because he was extremely distressed at that point about whatever was going on in discussions within the office at that moment.”

The civil war at the top of the British Labour party has undermined efforts to present it as a credible alternative government, deputy leader Tom Watson said on Saturday.

An attempt to oust him by scrapping his elected position was abandoned on the first day of Labour’s conference.

After an intervention by party leader Jeremy Corbyn – with whom Mr Watson has repeatedly clashed – his post will instead be the subject of a review.

The plot to scrap Mr Watson’s position was spearheaded by Jon Lansman, the boss of the Corbyn-supporting Momentum group.

Mr Watson, who was met by cheering supporters as he arrived at Brighton station for the conference on Saturday afternoon, was scathing about Mr Lansman.

“I think it says there are some people who don’t think clear-headedly, who risk us having a transformative government by playing sectarian games.

“I put Jon Lansman in that category and I think it’s very sad because I think he has undermined himself and the members of his organisation, many of whom have been in touch with me today and said they were not consulted when he did that and they were very disappointed with him personally.

“But that’s politics, I’ve been around a long time and I want us to reunite now.”

Mr Watson was the target of an ambush at the Labour National Executive Committee (NEC) on Friday night, at which he was not present due to family commitments.

Although a surprise effort to abolish the post of deputy was ruled out of order by chair Wendy Nichols, those present voted by 17-10 in a bid to debate it anyway – just short of the two-thirds majority required under party rules.

But the motion was due to be debated on Saturday morning’s meeting of the NEC, just hours before the official start of a party conference supposed to be focused on preparing for a looming election.

After Mr Corbyn intervened with his call for a review of the deputy leadership position, the bid to abolish it was not put to a vote.

The aborted coup against Mr Watson was condemned in the strongest terms by Labour MPs, including former leader Ed Miliband, and ex-premier Tony Blair.

Mr Corbyn refused to say when he first knew about the attempt to oust Mr Watson, which began at an NEC meeting on Friday night. Nor would he say whether he had full confidence in his deputy, instead saying: “Tom Watson is the deputy leader of the party and I enjoy working with him.”

He told reporters: “The NEC agreed this morning that we are going to consult on the future of diversifying the deputy leadership position to reflect the diversity of our society.”

Mr Corbyn claimed there was a “happy and united mood” at the NEC and the conference will be “totally united on defeating this Tory government”.

Asked whether he believed Mr Corbyn knew about the plot, Mr Watson said: “I don’t know what Jeremy knew or didn’t know.”

But he added: “Both of us would want to reunite the conference after what has been, frankly, quite a ridiculous start to it and totally unnecessary.”

Former leader Mr Miliband said those responsible for trying to oust Mr Watson had “taken leave of their senses”.

Other MPs were not so diplomatic, with Yvette Cooper describing the move as “completely mad” and Ben Bradshaw branding it “totally f****** insane”.

After the decision not to proceed on Saturday, Mr Lansman said: “We need to make sure the deputy leader role is properly accountable to the membership while also unifying the party at conference.”

Ex-prime minister Mr Blair said: “A decision to abolish the post of deputy leader would be undemocratic, damaging and politically dangerous.

“To suggest it at this time shows a quite extraordinary level of destructive sectarianism.”

Labour also faces a split on Brexit policy after a draft NEC statement presented by Mr Corbyn suggested the party should go into a general election without specifying whether it would support remaining in the EU at a promised second referendum.

The party would get the issue “sorted one way or another” with a referendum within six months of Labour coming to power.

A decision on how to campaign in that referendum – either for a Labour-negotiated deal with Brussels or to stay in the European Union – would not be taken until a special conference after the general election.

The NEC will discuss the motion again on Sunday and pro-EU activists fear it could be a way of stopping debate on calls by members for the party to back Remain now.

Shadow Treasury minister Clive Lewis said: “This move is just plain wrong. How can this be defended?” – PA