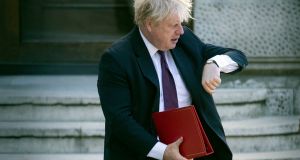 British and European business and union leaders have joined forces to call for urgent progress in the Brexit negotiations to agree on regulatory alignment, frictionless trade and how to avoid a hard border in Ireland. They urged British and EU negotiators to make faster progress on finalising the Withdrawal Agreement and to put economic interests and jobs first.

“We are calling on the UK government and the EU to inject pace and urgency in the negotiations, bringing about measurable progress, in particular a backstop arrangement to avoid a hard border in Ireland,” they said.

“The UK government and the EU will need to agree on all aspects of regulatory alignment, which is of the utmost importance, without jeopardising the integrity of the single market. This must involve preserving value chains and avoiding non-tariff barriers to trade; finding a solution for intra-corporate transfer (ICT) arrangements; barrier-free and frictionless trade in goods and services; and a mechanism for agreeing a mutually acceptable level playing field for workers’ rights.”

The unprecedented joint statement from the general secretaries of the British Trade Union Congress and the European Trade Union Confederation and the directors general of the Confederation of British Industry and Business Europe came ahead of a meeting of EU leaders in Brussels this week.

It follows warnings from manufacturers including Airbus and BMW about the consequences of a no-deal exit, and an assertion by the Society of Motor Manufacturers and Traders on Tuesday that investment in the British car industry had halved because of uncertainty over Brexit.

In a speech to chief executives in London on Tuesday, Theresa May said her government had listened to business throughout the Brexit process despite recent remarks by ministers criticising companies for warning about the dangers of a poor deal or no deal at all. In the House of Commons, foreign secretary Boris Johnson did not deny saying “f**k business” at a meeting recently but implied that he was referring to lobbyists.

“I don’t think anybody can doubt the passionate support of this government for business. It may be that I have from time to time expressed scepticism about some of those who profess to speak up for business,” he said.

In their joint statement ahead of this week’s summit, the unions and business leaders called on both sides in the negotiations to consult them more and to put prosperity before politics.

“Employers and unions have already developed a consensus on issues such as the need to prevent a hard border on the island of Ireland, and the rights of UK citizens in the EU and EU citizens in the UK. We are calling on the UK and EU to consult us in a meaningful and more structured manner on a joint basis so that we can contribute to identifying and designing practical solutions that will work,” they said.

“The cost of disagreement between the UK and the EU would be dire for firms, workers and the communities where they live. Amid uncertain times we appeal to negotiators on both sides to put jobs and prosperity before politics when seeking solutions that will matter for generations to come.”