After months of isolation, everyone’s dance card is filling up

London Letter: It can feel as if life has returned to normal until conversation turns to the lockdown 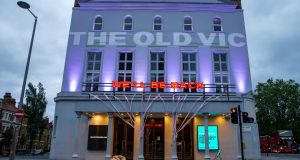 The air was warm and scented with sweet pea and phlox, the hamper was bursting with hearty delights and a bottle of Macon stood on the table, glistening with promise in the evening sun. But before we had settled into our chairs and the first glass was poured it was clear that half of the party was in a sulk.

Our hostess was fed up because her star guest had defected to a rival soiree and my friend James, always quick to take offence, was put out because he hadn’t been invited to do the same. The rival host blurted out the news when they were all at dinner the previous evening with our hostess’s best friends, who were themselves feeling sore because she had not invited them to any of her picnic suppers.

We were in a tiny basement courtyard she was allowed to use by a complicated Canadian couple who were in their house in France and who we felt sure were watching us through hidden cameras. She had been entertaining here for weeks but she couldn’t include her best friends because the Canadians explicitly banned them on account of an ungenerous remark one of them had made about an expensive chair.

“If it had been anyone else I would have been hurt, really hurt. But I despise those Canadians so much that I don’t feel anything at all. Nothing at all,” one of the banned couple said to me a week earlier, cheeks flushed and eyes welling up.

Our hostess drained her glass in an athletic gulp and shook the gorgeous, improbable head of auburn curls her hairdresser crafted on a chair in the street outside her house the previous day.

“I was so happy in the lockdown because I knew I wasn’t missing out on anything,” she said.

“It’s pathetic at my age but for the first time in literally decades I had none of that horrible anxiety about being left out because nobody was doing anything. It was heaven.”

After months of isolation and weeks of tentative tiptoeing back into social life, everyone’s dance card is filling up and feelings are getting bruised. Among the first casualties have been far-flung friends and relations who came together for Zoom drinks during the lockdown but are now left behind as Londoners move on from virtual socialising to the real thing.

Outdoor settings are still preferred, partly because nobody can remember what the rules are for who can meet indoors. It can feel as if life has returned to normal until conversation turns to the lockdown, what everyone did, how they fared and more ominously to what will happen next.

Most of the inconveniences of lockdown like queues outside supermarkets and shortages of some goods have disappeared but little of the bustle of metropolitan life has come back.

On the way to the bakery the other morning I passed the tailor’s shop and saw him pacing inside, his measuring tape hanging around his neck but with nothing to do. The little Portuguese café next door which used to be packed for breakfast had just one customer sitting outside, dressed in an old-fashioned, knee-length blue dress and navy running shoes, her hair drawn back in a ponytail and her face mask below her chin as she smoked the first cigarette of the day.

The Italian restaurant across the street reopened on July 6th and closed five days later after serving fewer customers each evening than there were staff on duty. The owner told me he would try again in September.

It’s not just in shops and restaurants that people are worried as Britain is braced for an avalanche of redundancies when Rishi Sunak’s furlough scheme starts to taper off next month. Among those most vulnerable are musicians, actors and other performers, most of whom are freelancers who make a precarious living at the best of times.

Eating hamburgers and drinking gin with a group of actors in a basement in Marylebone last week, I heard them talk cheerfully about projects cancelled or postponed and of the bleak winter ahead as theatres remain closed. Our host’s flatmate, a piano teacher in her 80s who can no longer give lessons because of the virus, was persuaded to play and she gave us the Derry Air, a Schubert impromptu and a dance by Granados.

Watching the others as we listened and thinking about the odds stacked against them, it was impossible to feel unmoved by their fortitude and their refusal to be downhearted at a time when it is at once so hard to be hopeful and so necessary.