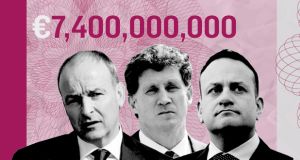 The Government has sprung a surprise tax cut, with the main rate of VAT cut from 23 per cent to 21 per cent in the €7 billion “July Jobs” stimulus plan. The tax cut will be in place from September this year to February 2021.

The help-to-buy scheme has also been expanded with homebuyers using the programme now entitled to a tax relief of €30,000, an increase of €10,000.

The “Staycation Subsidy”, which will allow people who spend €625 to claim back in an income tax credit worth €125, with consumers able to upload their receipts to an app on their phone in order to claim the credit.

As reported this morning by The Irish Times, the Pandemic Unemployment Payment (PUP) will be extended until next April, but the rates will be cut from September, and it will also be closed to new applicants from then.

The temporary wage subsidy scheme (TWSS) is also being extended to the end of March next year, but will be recast a a new scheme from September.

The bike to work scheme is being extended, while there will significant investment in cycling and walking facilities, €10 million for the arts and €10 million for tourism. A range of new training and employment grants are included for individuals and businesses, as well as incentives to take on apprentices.

Taoiseach Micheál Martin said the package is an “unprecedented set of measures required by unprecedented times”.

Speaking on Thursday, he said over the past five months 2,310 people on the island have lost their lives, and that “for their loved ones, the impact of this terrible virus will always be with them”.

He said the health of Irish people would be the first priority of the Government, but also that the impact of the virus had unleashed a recession more “rapid and dramatic” than ever before recorded.

“We now need to move to a new agenda,” he said, which would “limit the damage of the pandemic but also moves on to build a sustainable and inclusive recovery”.

He said the package was bolstered by a wider European backdrop where Brussels had agreed a rescue package for the EU economy, and beneficial market conditions that made the borrowing necessary to fund the package accessible.

It included more than 50 individual measures amounting to additional expenditure of €5.2 billion, he said.

Mr Martin said the package included placing direct subsidies to business on a new and permanent footing, the introduction of longer term income supports, an expanded and extended waiver of commercial rates, and a retraining programme.

A wide range of measures, he said, would be implemented to fast track environmental, economic, social and cultural initiatives. Capital funding would be provided to all schools, and there will be increased funding for town and city centres, as well as a widespread programme retrofitting.

He said work on the wider economic plan “will proceed at place, ready for implementation later this year”.

“An ambitious and comprehensive response to an unprecedented crisis felt by every family, business and individual in the country,” he said.

“The greatest strength of our country has always been the skills of our people … our determination is to work in partnership with the Irish people” in an effort to protect and create jobs.

As part of the package after September there will be three rates, based on pre-unemployment earnings, instead of the current two.

There will be a new top rate of €300 a week, a middle rate of €250, and the basic €203 per week rate, equivalent to the regular rate of unemployment benefit.

The long-awaited plan was published by the Government in Dublin Castle after a Cabinet meeting on Thursday with a package that included capital spending, welfare and employment supports, grants and tax cuts.

Tánaiste Leo Varadkar said about 800,000 people had benefited from the pandemic unemployment payment at some point. At its peak, 600,000 people were on the payment.

He confirmed the temporary wage subsidy scheme was being extended to March, and will be open to firms not currently participating as well as workers not currently covered, such as seasonal workers.

Mr Varadkar confirmed a six month two per cent cut in the rate of VAT, from 23 per cent to 21 per cent, and a six month commercial rates holiday.

A further €300 million in grants for small and medium enterprises, with the maximum lifted to €25,000. He said this would be especially useful to rural businesses, and the businesses, which had already received a grant could apply for a top up. B&Bs, charities and ratable sports businesses, previously kept out of the scheme, will now be eligible.

He said he wanted to pay tribute to the business people of Ireland who had displayed “remarkable grit, determination and adaptability in the face of unprecedented challenges.”

To the unemployed, he said, the package “creates a path back to your old job or to a new one”.

“Backing business and backing workers,” he said. “We’ll get through this pandemic together, and through this economic crisis together.”

Cheaper loans would be made available through the credit guarantee scheme, with a particular emphasis on sectors such as life sciences, and industries focused on decarbonisation and digitalisation.

Green Party leader Eamon Ryan said the government is investing in funds for more walking, cycling facilities and rural greenways to allow people to “connect to nature in a better way”.

He said he would be asking all the local authorities in the coming days and weeks to “seize the moment and bid for some of these funds and the jobs they will bring”.

He also said there would be upgrades to national parks, nature reserves and heritage and tourism sites. A retrofitting programme would be undertaken, he said, which will be “labour intensive work … sending a strong signal that it is time to start hiring and training workers in this sector.”

He said it would be a “practical example of the huge change we will be making as we meet our climate goals”.

“Our economy will look different as it recovers, with more work from home, greater digitalisation, and more opportunities to do things differently and creatively,” he said. Adding that there had been much energy and original thinking during the lockdown period.

“We need that same energy and lateral thinking to fuel our recovery,” he said.

“We have shown extraordinarily resilience … we can build back greener and better for sake of children communities country and planet.”

Meanwhile, cuts to Capital Gains Tax will not form part of the Government’s €7 billion stimulus plan.

Discussions between the coalition parties continued until late last night, but the objections of the Green Party to the proposed cut could not be overcome.

The CGT cut was proposed by the Minister for Finance Paschal Donohoe as part of the plan, and was supported by Fianna Fáil who had first proposed the idea during the general election campaign. However, the Green Party objected to the proposal, according to political sources.

Sources added, however, that the idea may be reconsidered in the autumn as part of the budget process.

It is understood that the proposal was for a cut in capital gains tax – currently set at 33 per cent – to perhaps 25 per cent for a limited period to stimulate business activity.

Sources cited a previous cut from 40 per cent to 20 per cent by then finance minister Charlie McCreevy in the late 1990s which saw a surge in commercial activity and the yield from the tax doubling.