British student says UAE asked him to spy on Britain

Matthew Hedges suffered health problems after being kept in captivity 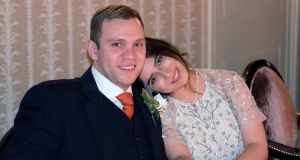 The PhD student Matthew Hedges has spoken out about the psychological torture he underwent while being held for nearly seven months in the United Arab Emirates after being accused of spying.

The 31-year-old, who has been back in the UK for a week, said he suffered seizures and other health problems and began to lose hope during the long months of captivity, which began when UAE security services swooped at Dubai airport in early May.

In an interview with the Times, he said Emirati officials had offered to be lenient if he agreed to spy on the UK for them, while also threatening to take him to a military base to be tortured. The strain finally took its toll and Mr Hedges agreed to falsely confess to being a British spy.

He said that when his interrogators demanded he steal UK foreign office documents, “I started having a panic attack, I was like ‘How am I supposed to get this information?’”

Explaining why he decided to give the false confession, he said: “They started getting more and more aggressive and I’d have panic attacks for two or three days in a row. After all that pressure, I said: ‘OK, fine, whatever, yeah, sure.’”

Mr Hedges said he was asked repeatedly about his PhD thesis, which focused on the UAE security structure in the wake of the Arab spring. He asked for a lawyer, but was refused one.

The ordeal began when he was preparing to leave Dubai. After saying goodbye to his mother at the airport, he was approached by state security officials bearing a blindfold and handcuffs.

“The scary reality is, if I hadn’t gone with my mother, or if they’d decided to pick me up after going through the gate, no one would have known where I was,” he told the Times.

The Durham University academic said he was taken into custody and repeatedly interrogated in sessions that he said lasted up to 15 hours a day. He recounted threats from intelligence officers, including: “We will take you to an overseas military base where you’ll be kept in a prison and you’ll be beaten and tortured and you’ll never see the daylight again.”

During his detention, he begged for medication for a pre-existing condition, he said, and was given a cocktail of drugs his doctors have since described as concerning. It was at that stage that he began to lose hope, he said.

Hedges was jailed for life on November 21st by an Abu Dhabi court after a brief hearing with no lawyer present. He was pardoned and released after international pressure less than a week later, nearly seven months after he was detained.

The UAE claimed that his case could have been resolved in the summer, but the UK foreign and Commonwealth office offered insufficient high-level assurances that he was not a spy.

Hedges told the Times he was considering his legal options, which include submitting claims in national jurisdictions, as well as to the United Nations. He and his wife, Daniela Tejada, have spent £15,000 securing his release and are now attempting to raise funds on the website CrowdJustice. – Guardian Service