Official trailer for series one of Netflix crime thriller 'Narcos' set in Colombia and detailing the war between the country's drug cartels and the DEA. Video: Netflix 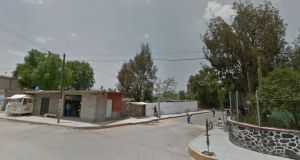 A location manager working for the Netflix series Narcos has been killed while searching for places to film when the show moves from Colombia to Mexico for its fourth season.

Carlos Munoz Portal (37) had worked for many years finding locations for US film and television productions working in Mexico.

Netflix confirmed the death of the scout. “We are aware of the death of Carlos Munoz Portal, a respected location manager, and offer our condolences to his relatives. The facts are still unknown as authorities continue to investigate what happened,” its statement said.

The Narcos series is about the rise and fall of Colombian drug lord Pablo Escobar. Its fourth season will reportedly focus on the Juarez drug cartel in Mexico.

Mr Munoz had worked on films such as Man on Fire, Mel Gibson’s Apocalypto and the fourth film of the Fast and Furious franchise.

There are fears in the Mexican film and television industry that planned productions could now be moved from the country after the killing of Mr Munoz.

A friend of Mr Munoz said that on Monday he drove to the location to take some photographs for Netflix. The circumstances that lead to his death are still unknown, but Munoz’s body was found hours later in his compact car, having been shot several times.

His car was found on an unnamed dirt road in the community of San Bartolo Actopan, in the municipality of Temascalapa. The site is in the north-east of Mexico state, close to the border with Hidalgo.

Mexico, the most populous state in the country, also has the most homicides.

A spokesman for the attorney general of Mexico state said due to the remote location “we have no witnesses”.

Mr Munoz’s friend, who asked not to be named, said seeing an unfamiliar person with a camera may have been frightened locals due to the insecurity of the region. “Maybe they thought he was collecting information and they started tracking him in a car,” he told El Pais.

A police spokesman said: “We do not know if he was in Hidalgo and from there they followed him or if he was in the state of Mexico and tried to flee towards Hidalgo.”