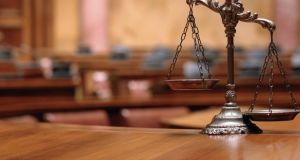 The teenager is accused of ‘having made preparations to make bomb’ using the explosive known as TATP.

A 16-year-old girl has been formally charged with planning bomb attacks against two schools in Denmark, a prosecutor said.

The teenager is accused of “having made preparations to make bombs” using the explosive known as TATP, prosecutor Lise-Lotte Nilas said.

She said her targets were a school west of Copenhagen and a Jewish school in the capital.

Police said they thwarted the plans by arresting the girl on January 13th, 2016.

A trial is set to start on April 7th in Holbaek, north west of the Danish capital.

Charges against a 25-year-old man, initially believed to be an accomplice, have been dropped.

Defence lawyer Michael Juul Eriksen said his client, who had twice been in Syria, would be released later.

Neither the girl nor the man could be identified.