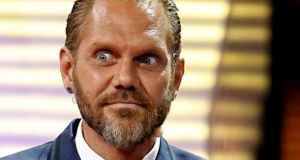 Spanish police have arrested three people, including a well known pornographic actor, in connection with the death of a photographer who is thought to have died after inhaling toad venom during a shamanic ceremony.

In a statement, the force said that two men and a woman aged from 37 to 50 had been arrested on suspicion of involuntary manslaughter and violating public health laws.

“Officers began the investigation after the death of a person during a mystical ritual involving the inhalation of vapours from the venom of the bufo alvarius toad,” the statement said.

“At the conclusion of an 11-month investigation, we have been able to establish that an offence of involuntary manslaughter and a public health offence had occurred, allegedly committed by those who organised and presided over the ritual.”

It also warned that the alleged ritual was considerably more dangerous than people might think.

“This was a commonly-practised activity carried out for therapeutic or medicinal ends, but which posed a serious threat to public health despite being dressed up as what appeared to be an apparently inoffensive ancestral ritual,” it said.

The statement added that the ceremony involved “highly suggestible people who were especially vulnerable and were seeking alternative ways to cure certain ailments or addictions”.

Vidal’s lawyer, Daniel Salvador, said the death was sad but accidental, and denied suggestions that his client had acted as a shaman during the ritual.

He told the Spanish news agency Efe: “Nacho is very upset by the death of this person, but he considers himself to be innocent. With all due respect to the dead man and his family, Nacho maintains that the consumption [OF THE VENOM]was completely voluntary.”

Bufo alvarius, also known as the Sonoran Desert toad or Colorado River toad, are one of the largest such animals found in North America. The male is said to possess a very powerful toxin that it uses to defend itself against predators.

The secretion contains a psychedelic substance known as 5-MeO-DMT, which medical researchers have studied as a possible treatment for depression and anxiety. – Guardian News and Media 2020