Spanish councillor offers to resign after showering during video meeting 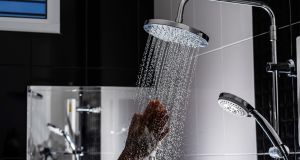 A municipal councillor in northern Spain has offered to resign after inadvertently broadcasting video of himself showering during an online council meeting. File photograph: Getty Images/iStockphoto

A municipal councillor in northern Spain has offered to resign after inadvertently broadcasting video of himself showering during an online council meeting that was being livestreamed.

Earlier this week councillors in Torrelavega gathered online to hash out some of the latest issues facing the municipality of some 52,000 people. Following the protocols put in place as the coronavirus pandemic tightened its grip on Spain, half a dozen councillors dialled into the videochat at 8am, streaming it online for journalists and residents.

As the meeting stretched past midday, councillor Bernardo Bustillo, who works part-time with the municipality, began to fret that he wouldn’t have time to shower and shuttle his daughter to her commitments before heading to his other job as a swim instructor.

He came up with what seemed to him the perfect solution to multitask: hauling the computer into the bathroom and minimising the chat screen so that he could just listen in on the meeting as he showered.

But like a 2020-specific anxiety dream, as his colleagues considered plans to clean up a local river, an image of him showering appeared on the bottom left of the chat, much of it blurred by a pane of frosted glass. The sound of running water drowned out the constant ringing of his mobile phone, as frantic colleagues tried to warn him that the camera was still rolling.

A wave of discomfort rippled across the videochat as he got out of the shower. “Say something to Berni. Say something to him quickly,” one colleague could be heard saying. Another asked: “We can’t disconnect him or do something?” The mayor then swiftly took control, bringing an end to the meeting.

As video of the incident made the rounds online, Mr Bustillo took to social media, saying he was at “complete peace” with what had transpired. He stressed that it had been an innocent accident – a failure of technological know-how rather than anything nefarious.

He’s far from the only cautionary tale on the perils of remote working: last month Irish MEP Luke “Ming” Flanagan beamed out images of himself without trousers on on the European Parliament’s official live broadcast after positioning his iPad in portrait rather than landscape mode after hastily throwing on a shirt after a run.

Mr Bustillo chalked up the incident to the pandemic-era struggle of balancing remote work with parenting. “Anecdotes of this kind have become commonplace in recent weeks, thanks to the boom in teleworking,” he said, apologising to anyone who might have been upset by the images.

He added that his experience as a swim instructor had left him comfortable with his body. “I’ve spent half of my life half-naked and have never been ashamed of nudity, whether my own or that of others,” he said. “I can’t help but regret that the end of my political life . . . has to do with my nakedness, which isn’t a big deal.” – Guardian