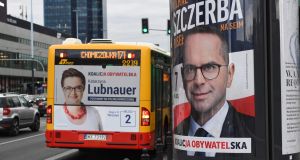 Poland’s ruling Law and Justice (PiS) party has made a last-minute push to shore up its core vote and secure re-election on Sunday.

New mining laws and a final attack on the LGBT community appear designed to give PiS a boost when polls close on Sunday against the risk of a parliamentary majority of united political rivals.

For Monday morning, hours after polls close, PiS has called a parliamentary sitting to vote on a new draft mining law.

This would allow central government to back new mines around the country, overriding local planning objections, if Warsaw decides the project contributes to “the raw material security of the country”.

The government said the move is about cutting bureaucracy in a country that generates 80 per cent of its electricity from burning hard coal and lignite, the highest rate in the EU.

Like the LGBT attacks, however, critics suggest it is about PiS consolidating its core conservative base in mining regions. The government proposal will be tabled as a private members’ Bill, avoiding the consultation stage, and will be passed before the new parliament is constituted by the outgoing government majority.

Four years ago, PiS secured an absolute majority in the lower house of parliament, the Sejm, with 37.6 per cent electoral support on 51 per cent turnout. Final polls this week suggest PiS support has jumped a further 10 points, boosted by popular measures such as new child welfare payments and the promise of a 2,600 zloty (€600) monthly minimum wage next year.

Two alliances – of leftists and centrist liberals – hold 14 and 27 per cent respectively and, with a final support boost, could, on paper at least, cobble together a parliamentary majority in the 460-seat Sejm.

The prospect of power has disciplined the rival alliance parties, particularly in the three-way, left-wing Lewica alliance.

Another crucial factor is the number of parties who make it into parliament, because the votes of parties that finish below 5 per cent are distributed to other parties.

A final wild card is the far-right Confederation alliance, floating around the 5 per cent cut-off point. It accuses the national conservative PiS of selling out, adopting socialist welfare policies for electoral gain and retaining pro-life, anti-LGBT politics only as election tactics.

“PiS is now a centre-left socialist populist party trying to play too many political pianos,” said Konrad Smenieski, a 23-year-old member of the far-right Confederation.

Young, nationalist Polish voters like him could prove a key factor in this election, say analysts.

Even if Poland’s left is in better shape, a lacklustre campaign by liberals leaves PiS as the party to beat on Sunday.

“PiS don’t work on an abstract notions of political change but on the concept of ‘I see you and your concerns’,” said Eugeniusz Smolar of Poland’s Centre for International Relations. “It is a very powerful combination of nativism and welfare-ism that works well in Polish circumstances.”