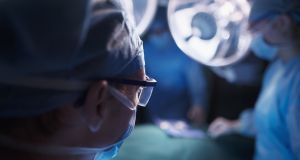 The complainant, named as JQ, was head of the Internal Medicine Department of a Catholic hospital in Düsseldorf.

A Catholic hospital in Germany was not entitled to fire a surgeon because he divorced and remarried in a civil ceremony, the Court of Justice of the European Union has been advised.

An advocate general of the Luxembourg-based court, Melchior Wathelet, in his opinion on a referral from the German federal labour court , the Bundesarbeitsgericht, argued it could not be contended the profession of a particular article of Catholic faith was an occupational requirement, much less one that is genuine and justified.

That was particularly so, he said, as the hospital employed non-Catholic doctors and did not imposed such requirements on them. In addition, the hospital had fired the doctor, and not suspended him from his management role.

The hospital could not claim protection by virtue of laws exempting churches from equality law. The opinion of the advocate general is usually followed by the court in its final ruling.

The complainant, named as JQ, was head of the Internal Medicine Department of a Catholic hospital in Düsseldorf. The hospital is managed by IR, a limited liability company, and subject to the supervision of the Catholic Archbishop of Cologne.

When the company learned that JQ had remarried in a civil ceremony, after a divorce from his first wife was granted in accordance with German civil law, but without his first marriage having been annulled, it terminated his contract of employment.

According to IR, by entering into a marriage that is invalid under canon law, JQ clearly infringed his obligations under his employment relationship.

The Bundesarbeitsgericht asked the Court of Justice whether the German concept of the right to religious self-determination, which allows the Catholic Church to require different gradations of loyalty from its employees depending on their professed religion even where they hold similar positions, complies with EU law and, more specifically, with the prohibition of discrimination on grounds of religion.

The advocate general observes, in the first instance, that JQ’s dismissal would be manifestly unlawful, representing direct discrimination based on religion, if churches and organisations the ethos of which is based on religion did not benefit from a special legal system both under German constitutional law and under the directive.

But, he says, the requirement in question is far from being justified.

JQ’s divorce and remarriage in a civil ceremony pose no risk, whether probable or substantial, of causing harm to IR’s ethos or to its right of autonomy.

As a result, if it is not possible for the Bundesarbeitsgericht to interpret the applicable national law in conformity with the EU equality directive, that court would be obliged to enforce the judicial protection deriving for individuals from the general principle of non-discrimination on grounds of religion and to guarantee the full effectiveness of that principle by disapplying, if need be, any contrary provision of national law.