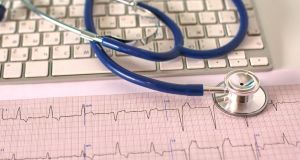 Euthanasia was legalised in the Netherlands in 2002 but only in cases in “unbearable and hopeless suffering”, signed off by two doctors. Photograph: iStock

A Dutch court has ruled that a doctor who performed euthanasia on a 74-year-old woman with severe dementia was not guilty of murder – in a landmark decision that will come as a relief to medics increasingly wary of prosecution where cases come under scrutiny.

The court in The Hague concluded that the doctor – who has not been named and his since retired – had acted in the patient’s best interests, had carried out the euthanasia in 2016 in accordance with the law, and had not been in any way negligent.

There was some applause as the decision was read by Judge Mariette Renckens to a crowded courtroom, reflecting the extent to which the case has gripped the Netherlands.

In a brief statement, the deceased woman’s daughter thanked the doctor, saying she had “freed my mother from a mental prison from which she could not escape.”

The case centred on the issue of the patient’s consent.

Although she had been diagnosed with Alzheimer’s in 2012 and had made a living will saying she wished to be euthanised when a decision was taken to move her to a nursing home, the prosecution said there had not been adequate consultation at the end.

Before she was taken into care, the doctor decided that the euthanasia should be administered in accordance with the woman’s wishes. That decision was confirmed as appropriate by two other doctors independently, and a date was set for the procedure.

On that day – with the knowledge of her family but not of the woman herself – a sedative was placed in the woman’s coffee to relax her and she lost consciousness. But then she woke briefly and had to be held by her husband and daughter while the doctor administered the fatal injection.

The court said the doctor had consulted insofar as was possible. She had spoken to family members, to the patient’s physician, her psychologist, and a doctor from the end-of-life clinic – as well as consulting with the treatment team at the nursing home.

“A conversation with the patient would not alone have been unproductive because she was incapable of responding coherently, but it would have caused her greater agitation. The patient was completely incapacitated. The doctor did not have to further verify her wish to die.”

Euthanasia was legalised in the Netherlands in 2002 but only in cases in “unbearable and hopeless suffering”, signed off by two doctors.