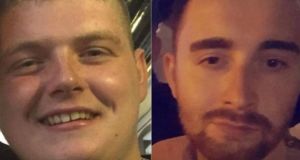 Two Irishmen have been charged with murdering a man (66) in Australia.

The pair, from Donegal, had previously been charged with assaulting the man in Sydney on December 29th, 2018.

Christopher McLaughlin (24) and Nathan Kelly (21) were charged with grievous bodily harm and affray after a man was found with critical injuries on the side of the road in Summer Hill in Sydney.

The charges were upgraded to murder after the man died in hospital on Monday morning.

New South Wales police issued a statement confirming both men have now been charged with murder.

It said: “Two men – aged 21 and 24 – were arrested by detectives from Burwood Police Area Command at the time and charged with reckless grievous bodily harm in company and affray.

“The men, both Irish nationals, were charged with murder yesterday.”

The two remain in custody and are due to appear at Burwood Local Court on Wednesday, January 9th.

Mr McLaughlin is from Malin, and Mr Kelly is from Glengad, both on the Inishowen Peninsula.

Both men only arrived in Australia a few months ago.

The victim, who has not yet been named, was found lying on the side of the road shortly after midnight on December 29th.

Emergency services were called, and he was treated at the scene before being taken to Royal Prince Alfred Hospital where he remained in a critical condition before dying on Monday morning.

1 Gardaí found naked man on a cross being whipped in Dublin club, court told
2 Many people identified as close contacts refusing to come forward for Covid-19 testing
3 Two in custody after Ryanair flight to Dublin forced to divert
4 Man (47) charged over damage to Luke Kelly statue in Dublin
5 Taoiseach says Garda document on Cowen case ‘not quite as portrayed’
Real news has value SUBSCRIBE