North Korea has fired four ballistic missiles into the sea near Japan in what appears to be a sign of outrage at the ongoing joint military drills being carried out between South Korea and the United States.

The provocative barrage of missiles comes at a time of growing pressure on North Korea over its nuclear programme and allegations it carried out the assassination in Malaysia of the half-brother of leader Kim Jong-un.

Tensions are ratcheting up almost daily in the region. 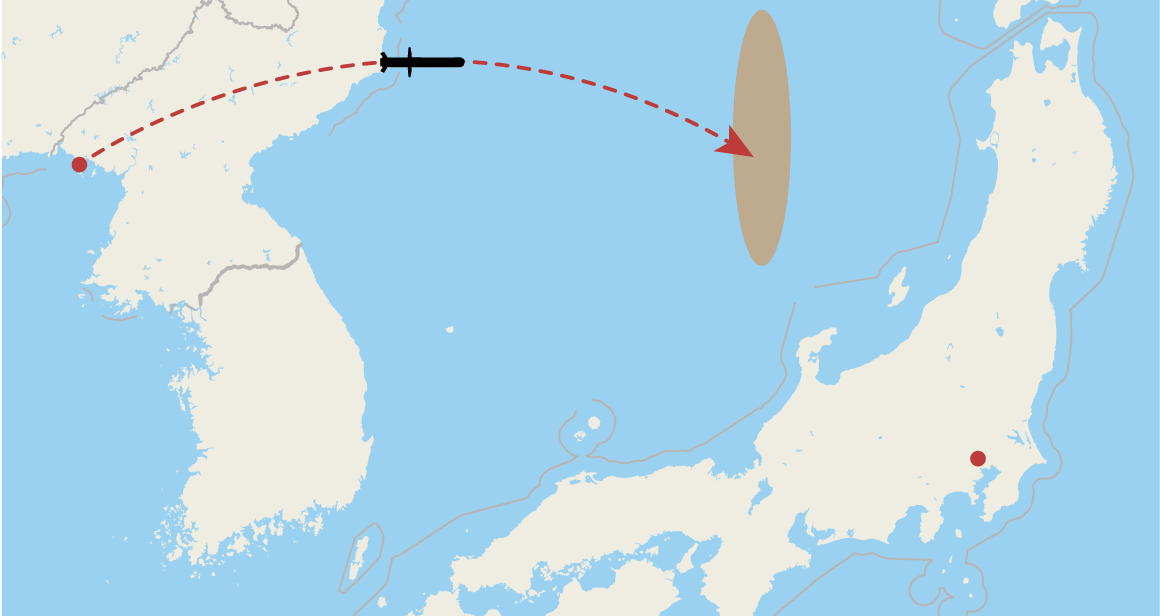 Missiles travelled 1,000km and landed in this area 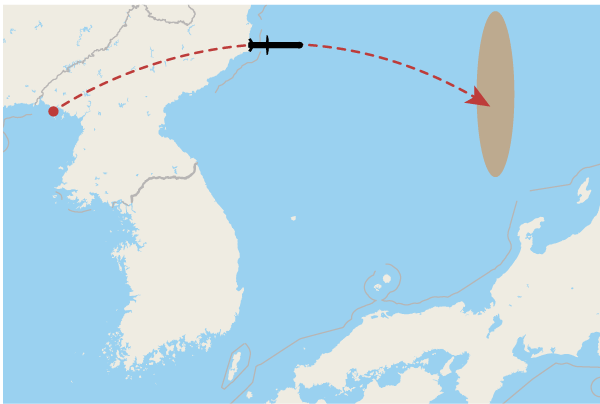 Missiles landed and landed in this area 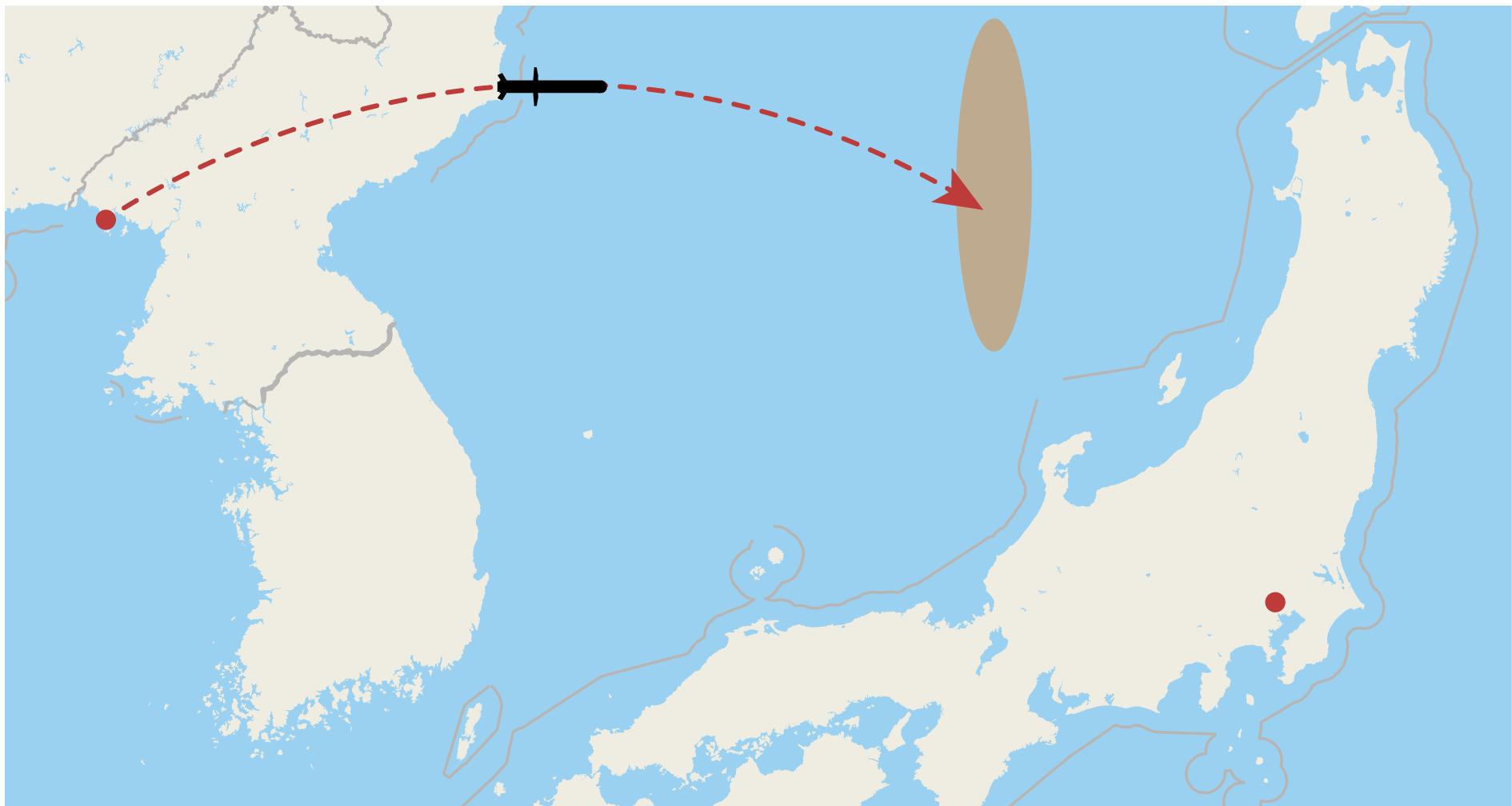 Missiles travelled 1,000km and landed in this area

The launch coincides with the opening of the National People's Congress in Beijing, the largely symbolic annual parliament in Pyongyang's ally China, which has expressed a growing anger with provocative acts by the North.

The US said at the weekend it may consider redeploying a tactical nuclear weapon to South Korea as a deterrent against growing nuclear and missile threats posed by Pyongyang. The US has about 28,500 troops and equipment stationed in the South.

The four projectiles were launched from an area near the North’s Dongchang-ri long-range missile site at 7.36am on Monday and flew about 1,000km before splashing into the East Sea, Seoul’s Joint Chiefs of Staff told South Korea’s Yonhap news agency.

There were fears initially that the projectiles were intercontinental ballistic missiles (ICBMs), which are capable of reaching the west of the US mainland if launched at a high angle.

South Korea's acting president Hwang Kyo-ahn condemned the launches as a direct challenge to the international community and said Seoul would swiftly deploy the Terminal High Altitude Area Defense (THAAD) US anti-missile defence system despite angry objections from China, which fears it may be used strategically against its missiles.

Beijing is starting to retaliate by stopping the purchase of goods from South Korea.

The political stand-off has been felt particularly keenly at retail giant Lotte, which approved a land swap outside Seoul last week that will allow South Korea to install the THAAD system on a golf course it owns. Some 23 of Lotte's China supermarkets have closed over the stand-off.

"Last week's action to curb Chinese tourism into South Korea and today's against Lotte are both reflective of China's desire to continue to use its economic power to put diplomatic pressures," said Anwita Basu, a South Korea analyst at the Economist Intelligence Unit.

"The launches are clearly in violation of [United Nations] Security Council resolutions. It is an extremely dangerous action," Mr Abe told parliament.

North Korea is strongly critical of the annual drills, which it sees as preparation for war, and often conducts missile launches to coincide with the exercises.

North Korea test-fired a new type of missile into the sea early last month, and has promised to continue to launch new strategic weapons, and it conducted its fifth and most powerful nuclear test last September.

As part of the ongoing fallout from the apparent assassination of Kim Jong-nam in Malaysia, North Korea has retaliated, designating the Malaysian ambassador Mohamad Nizan Mohamad a persona non grata and demanding he leave, one day after Malaysia sent his counterpart Kang Chol in Kuala Lumpur packing.

Malaysia is furious with North Korea for casting doubt over the impartiality of the inquiry into the murder last month of the North Korean leader’s estranged half brother.

He said Britain, currently holding the presidency of the United Nations Security Council, was working with international partners over the launches.

“We urge North Korea to stop its provocative actions, which threaten international peace and security,” he said.

Sportswashing in the GAA; Sexton to complete HIA process on Monday

Gavin Slark to stand down as Grafton Group chief