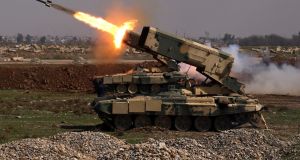 Iraqi security forces launch a rocket against Islamic State militants positions during clashes in the western side of Mosul, Iraq, on Sunday. Photograph: AP 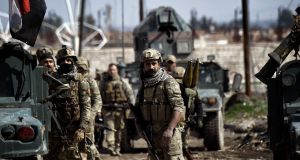 Iraqi forces gather as they prepare for clashes with Islamic State in Mosul. Photograph: Getty 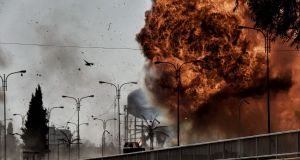 The al-Hurriya bridge is the second to be secured by the Iraqi forces in the city, after securing one located further south, in the offensive that started on the western part of Mosul on February 19th.

“We control the western end of the bridge,” said a senior media officer with Rapid Response, the elite unit of the interior ministry leading the charge through the districts alongside the Tigris river.

All of Mosul’s five bridges over the Tigris have been destroyed but their capture and repair would help the offensive against the militants, who have controlled the northern Iraqi city since 2014. 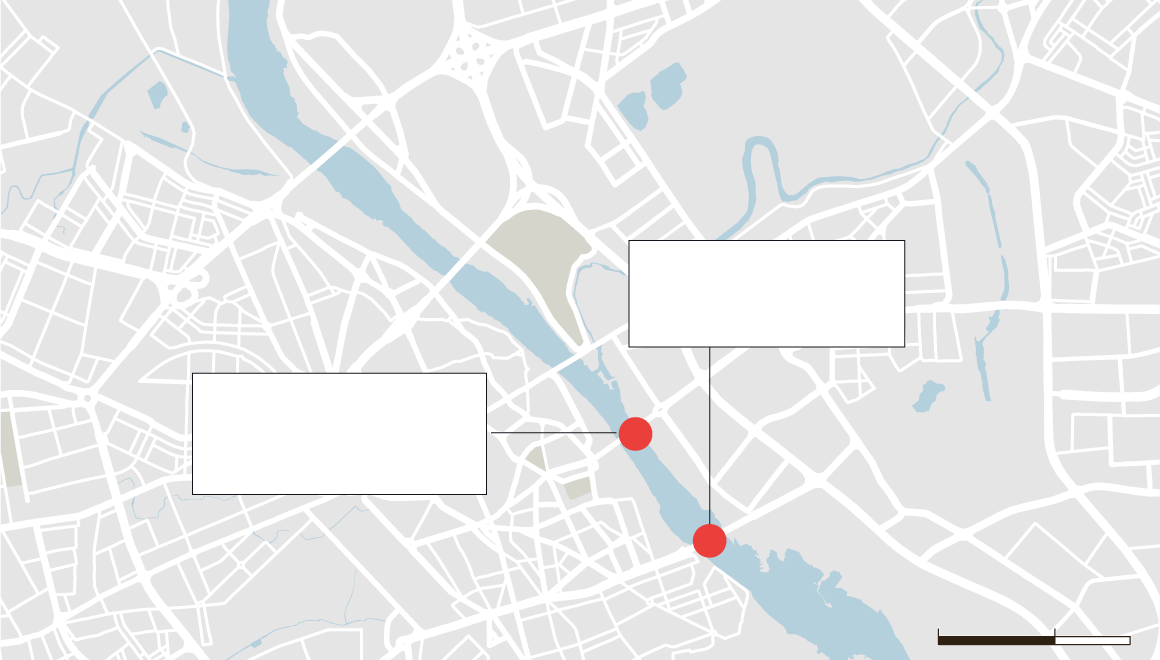 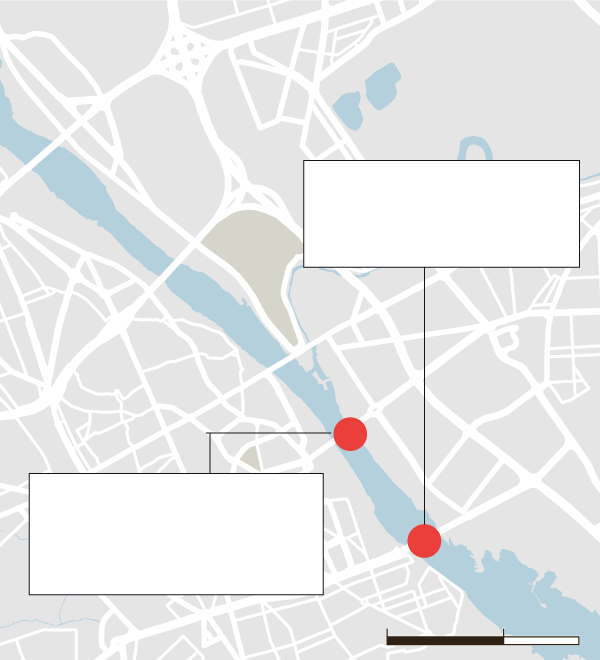 Mosul, Iraq’s third-largest city, was captured by the Islamic State terror group, also known as Isis, in June 2014. An operation to retake it, led by the Iraqi government with the support of allies including the US, has been under way since October 17th last.

Iraqi forces captured the eastern side of Mosul in January and launched their attack on the districts that lie west of the Tigris on February 19th.

Defeating Islamic State in Mosul would crush the Iraqi wing of the caliphate declared by the group’s leader, Abu Bakr al-Baghdadi, in 2014, over parts of Iraq and Syria.

Baghdadi proclaimed the caliphate from Mosul’s grand Nuri mosque in the old city centre which is still under his followers’ control.

The Iraqi forces are advancing toward the old city centre form the south and the southwest.