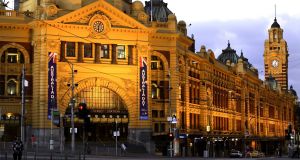 Police in Melbourne have arrested seven suspects who allegedly planned a series of bomb attacks in the heart of Australia’s second largest city on Christmas Day.

Mr Ashton said police had been watching the alleged plotters for some time, and believed they were preparing to use explosives and other weapons.

Police said they believed the threat had been neutralised through the raids on Thursday night and Friday morning.