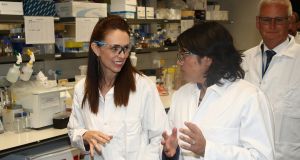 Wellington plans to start vaccinating frontline workers in April and the general public from July under a cautious strategy that avoids the emergency authorisation of vaccines pursued by crisis-stricken nations such as the US and UK.

Some health experts, however, are urging the government to speed up its immunisation plans in consideration of the risks posed by new, rapidly spreading strains of the virus, which have been identified among overseas arrivals.

“New Zealand is on the horns of a dilemma. It has a leaky border quarantine system, increasing numbers of people with fast-spreading virus strains and a flawed vaccine strategy,” said Des Gorman, professor of medicine at University of Auckland.

“They should look at fast-tracking the vaccines and my advice would be to close the borders to arrivals from the UK, US and South Africa. ”

There are at least 19 cases of the coronavirus variants first identified in the UK or South Africa in managed quarantine facilities in New Zealand for overseas arrivals, according to government data.

Scientists warn that these strains pose a significant threat of triggering outbreaks that could lead to the resumption of community transmission, citing at least seven border failures in New Zealand linked to quarantine facilities since August.

Nick Wilson, professor of public health at University of Otago Wellington, said that the vaccine should now be fast-tracked, flights from the UK and US suspended and hotel quarantine facilities moved outside of cities.

“We just recently had 31 new cases [of Covid-19] at the border in three days, which is posing a serious risk since we know that hotel quarantine is not completely effective,” he said.

Last month, New Zealand’s prime minister Jacinda Ardern said the government had agreed contracts worth $1 billion (€590 million) for the delivery of four vaccines: Oxford/AstraZeneca, BioNTech/Pfizer, Novavax and Janssen. But she insisted Wellington would not rush authorisation or compromise the safety of the vaccines in any way.

“We are moving as fast as we can, but we also want to ensure the vaccine is safe for New Zealanders,” said Ms Ardern.

The ministry of health told the FT last week that its position had not changed, noting that New Zealand was not in the same position as other countries dealing with emergency Covid-19 situations and community outbreaks.

But this week, Chris Hipkins, the minister for Covid-19 response, said the government was exploring whether it could get a small number of doses earlier to vaccinate frontline workers.

New Zealand’s medicines regulator would streamline its assessment process and prioritise assessment of Covid-19 vaccines, but not compromise on the integrity of the process or on vaccine safety, he said.

However, political pressure is growing on the Labour government. The opposition National party has called for a review of the immunisation strategy, warning the new fast-spreading strains posed an “unacceptable risk” at the border. It accused the government of complacency after its initial success in eliminating local transmission of the virus.

“We are miles behind the rest of the world in terms of vaccine deployment,” said Chris Bishop, National party spokesman on Covid-19 response.

“We should be immediately vaccinating people who work at the border. It’s just a no-brainer.”

Bishop said Australia was accelerating its vaccine rollout on concerns about the new virus strains. A delay in vaccinations risked hurting the economy, as a return to normality this year relied on an effective immunisation policy, he added.

But speeding up vaccinations may not be possible, as New Zealand is not due to receive its first delivery of the BioNTech/Pfizer vaccine until the end of March. The first batches of the AstraZeneca, Novavax and Janssen vaccines will probably arrive in the second quarter of the year, according to Wellington.

“It is a moot point because we don’t have the stuff,” said Helen Petousis-Harris, associate professor and vaccinologist at University of Auckland, when asked why New Zealand did not accelerate its rollout.

But she said there were benefits in not being first in the queue, highlighting how the US, UK and Canada were struggling to meet their vaccination targets.

“If you don’t do it [vaccination] well, it can lead to a loss of public confidence, even in your routine immunisation programmes,” Petousis-Harris said.

“We have a situation where a lot of people are hesitant and have concerns. Ensuring people are confident about the programme is really important and being first doesn’t necessarily put you in a position to achieve this.”

Hipkins said there was “absolutely no complacency” in the government’s response. He added authorities were strengthening the country’s border security by requiring negative pre-flight tests for arrivals.

“We’re very aware that New Zealand is currently in a very fortunate position with no community cases – let alone of new variant types – but we’re taking nothing for granted,” he said.– Copyright The Financial Times Limited 2021