EU project aims to back efforts in aiding 1,500 asylum seekers detained in Libya 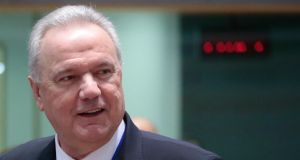 In the early hours of Monday morning, more than 100 men, women, and children disembarked a flight in Kigali International Airport, taking what they hoped would be long-anticipated steps towards freedom.

They had just endured a six-hour flight – the first time many of them had flown – after years locked up in smugglers’ compounds or government-sanctioned detention centres in Libya.

Rwanda’s latest arrivals were selected for an evacuation scheme that began in September and will see hundreds – and potentially thousands – of refugees taken to the Great Lakes country. The majority of them have already tried to cross the Mediterranean Sea from North Africa. They were caught by the EU-backed Libyan coastguard, which has intercepted tens of thousands of refugees and migrants since 2017, returning them to indefinite detention.

Monday’s evacuees were mainly Eritreans who have escaped their country’s mandatory, indefinite military service and gross human rights abuses under a long-standing dictator, as well as some Somalis, Ethiopians, Sudanese and South Sudanese. Approximately two-thirds are under 18, according to the United Nations refugee agency, the UNHCR. Two are month-old babies.

About 60 had come from Khoms Souq al-Khamis detention centre, on Libya’s coast, where The Irish Times previously documented cases of detainees being sold directly to human traffickers by Libyan guards.

“This project will support efforts of the government of Rwanda to receive and provide protection to about 1,500 refugees and asylum seekers who are currently being held in detention centres in Libya,” Mr Mimica said. “Such a remarkable and powerful proof of African solidarity should be further encouraged, replicated and supported.”

Roughly 4,500 refugees and asylum seekers are being held in Libyan detention centres associated with the UN-backed, Tripoli-based government, according to the UNHCR. Further evacuations are planned for the coming weeks, the agency said in a statement.

However, returns to Libya are continuing at a much faster rate than detainees can be evacuated. Last week, the Libyan coastguard intercepted more than 430 refugees and migrants at sea, adding to the number who are in detention.

Meanwhile, in Rwanda’s Gashora camp, about 50km southeast of the capital Kigali, almost 200 refugees who were evacuated from Libya on previous flights are undergoing further interviews and are anxious to find out their fate. All of those The Irish Times has spoken to are hoping to be resettled to another country in Europe or North America.

“Every one in this camp is really, really waiting for resettlement only. The only thing in their mind is resettlement,” an Eritrean man in Gashora told The Irish Times through online messages. He said everyone with him had experienced so much corruption, exploitation, torture and abuse in African countries that they still felt insecure, even though Rwanda is stable and peaceful. “We don’t really know what is next. We are keen to know what will be the next step.”