Ramaphosa’s early progress has been structural and subtle 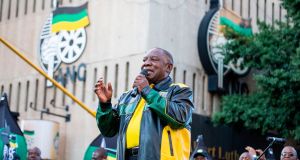 How well Cyril Ramaphosa has done as South Africa’s president since the African National Congress party won the country’s May 2019 general election depends on whether his performance is assessed through a political or economic lens.

However, South Africans and international investors have become exasperated at his overly cautious approach to dealing with the threats that are plunging the country into a downward economic spiral.

Public frustration at his perceived inertia increased in early December when South Africa’s beleaguered power utility, Eskom, left the nation facing the worst blackouts in the country’s history with Christmas only weeks away.

In February, Ramaphosa said that Eskom, whose stability is crucial to attracting investment, was making steady progress in the implementation of its turnaround strategy. But since then the power utility with ageing infrastructure has been dealing with one crisis after another.

While some progress has been made this year bringing allegedly corrupt African National Congress (ANC) and public sector officials to book, the execution of Ramaphosa’s economic reform agenda has been painfully slow.

According to economic experts, South Africa’s dysfunctional state-owned enterprises (SOEs) and its spiralling debt, which stands at 3.2 trillion rand (€198 billion), must be addressed urgently if a looming economic meltdown is to be avoided.

The worst of the SOE offenders is Eskom, which was 450 billion rand in debt at the end of October, an amount fully guaranteed by the state.

Finance minister Tito Mboweni also conceded in October that the public sector wage bill is out of control, amounting to 500 billion rand per year: more than triple what it was in 2006.

To make matters worse, as the government’s debt keeps rising, its revenues continue to fall.

The national treasury is expecting to take in at least 250 billion rand less in taxes in 2019 than it had predicted in February. This is primarily due to a shrinking economy, and an official unemployment rate of 29.1 per cent, the highest in 11 years.

The situation appears dire when viewed solely through an economic lens, and finance institutions like the International Monitory Fund (IMF) have responded in their assessments accordingly.

In its recently released annual assessment of South Africa, the IMF warned government to implement a more decisive approach to its reform agenda before it is too late.

“Expediting structural reform implementation is the only way to sustainably boost private investment and inclusion,” it stated in its November 25th bulletin.

Ratings agencies Moody’s and Standard & Poor’s have also issued similar warnings to the IMF, with both downgrading South Africa’s economic outlook from stable to negative in November.

Indeed, what the ratings agencies and IMF assessments seem to reflect is a loss of trust in Ramaphosa and his government’s ability to push through the reforms needed.

However, the political analysts who spoke to The Irish Times have a lot more faith in Ramaphosa than their counterparts in the economic arena.

Mcebisi Ndletyana, an associate professor in politics at the University of Johannesburg, believes Ramaphosa has done reasonably well since May considering the shocking state of the government he inherited from his predecessor, Jacob Zuma, who is blamed for much of the country’s current malaise.

South Africa’s former president, who was ousted in February 2018, stands accused of widespread corruption, nepotism and of facilitating the looting of the state by his ANC cronies and private sector interests.

Ndletyana said Ramaphosa was making slow progress with his reform agenda because “it is difficult to get a party [like the ANC] that has a lot of corrupt members to implement measures that will inevitably cut off their sources of ill-gotten gains.”

“It’s also a delicate balancing act for him,” he explained, “He doesn’t want to provoke a backlash from a faction in the ANC that is adversely affected by his reforms, as it could harm his re-election chances [in 2022] as party leader.”

Richard Calland, an associate professor in public law at the University of Cape Town, also believes the president has done satisfactorily in 2019. He maintained that institutional reforms and rebuilding have got under way, but the work done has yet to translate into a tangible revival of the country’s economic performance.

“The crisis in SOEs is even deeper than was feared,” he explained. “Replacing boards and appointing new chief executives was the easy bit. Getting middle management to improve performance and solving the debt burden, especially Eskom’s, is proving very problematic.”

In addition, Ramaphosa, appears to be making progress in his quest to get trade unions to accept that deep cuts to public sector wages and employee numbers are necessary to reign in government spending.

The Paternoster Group, a political economy consultancy co-founded by Calland, has advised its clients in its latest South Africa analysis that the trade union federation Cosatu has relaxed its position on full state ownership of SOEs, and has indicated it is now open to limited forms of privatisation.

“This is a significant shift in position and opens up potential new space for private sector investment, thereby reducing the risk that unions will block important structural reforms,” it said in its November briefing.

Political analyst Gareth Newham of the Institute of Security Studies believes Ramaphosa’s fortunes will improve going forward, as the corruption inquiries he has established should lead to some of his political enemies being held to account for alleged wrongdoing.

“Turning the economy around will take time but the faction in the ANC opposed to his agenda is weakening. Some of the allegedly corrupt [including Zuma] are expected in court next year, which should strengthen Ramaphosa’s position in the party,” he concluded.

In terms of why ratings agencies and financial institutions are so negative about Ramaphosa’s efforts and South Africa’s prospects, Calland suspects they are too narrowly focused on economic indicators like economic policy, decision-making and fiscal constraints at the expense of political and social developments.

“What ratings agencies like Moody’s seem to reflect is a frustration that what Ramaphosa has achieved so far has yet to translate into concrete actions and major policy shifts. But any reasonable assessment would say he has ticked a lot of the to-do-list boxes this year,” concluded Calland.