‘Why are young mothers taking their own lives?’ 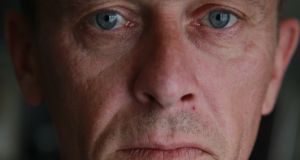 April Martin, from Ballyfermot in Dublin, was 26 when she took her own life in May last year.

A single mother, she appeared to be in good spirits that Saturday afternoon, May 20th.

In the morning, she had been in contact with her parents, Darren and Karen, who were on holiday in Spain with her son, Brody (seven). In the afternoon she took her nephew, Dean (seven), to Liffey Valley for a birthday treat.

The next day, Karen says, “We had been down at the beach and I was showering Brody. We were going for lunch.” Her sister Suzanne (April’s aunt), also on the holiday, got a phonecall from Dublin. April’s brother Dean had found her early that morning, at her home.

“Suzanne came into us. She just said April was dead. She’d hung herself in her sittingroom,” says Darren. “Everything went blank after that. We only had hand luggage. We had to bundle into a taxi. I ended up checking the hand luggage in. I don’t know why. My mind was gone. All we wanted to do was get home.”

Speaking at their home in Ballyfermot, where they are now raising Brody, they recall an always-smiling, vivacious, but “very soft” young woman.

They had lived in the former Fatima Mansions flats in Rialto before moving to the Ballyfermot when April was “about four”. She went to St Michael’s National School, St Dominic’s, for second level and later Greenhills College of Further Education in Walkinstown.

“She was the only girl in the family, with three brothers and they loved her to bits. She was spoilt. She did Irish dancing, loved make-up and hairdressing and she idolised Brody. That’s what we can’t understand. We seriously can’t make out what happened.”

“He knows his mammy is gone up to Holy God and he loves going every week to her grave, to make it nice.

“He’s very affectionate, always hugging me. I’d be in the kitchen and he’d be, ‘Nanny, I love you.’ And I’d be, ‘I love you too love.’ He has asked about us dying, but we reassure him. I say: ‘I’m not going anywhere’.

“We have good days. We have bad days. Brody keeps us going. He’s very like her. He goes on like her. We always say we have part of her with us here, because we have him.”

“There is a new profile of women dying by suicide (early 20s to mid 30s),” an internal HSE memo to psychiatric teams in the Dublin South-Central community healthcare organisation (CHO) warned last month.

“There were 37 deaths by suspected suicide in Dublin South-Central in 2017 and 50 per cent of those were women...This is an issue unique to Dublin south. No other CHOs are reporting that there is the same level of suicide among women (or maybe we are ahead of the curve),” the memo states.

April’s parents point to her having recently been diagnosed with epilepsy, causing seizures and blackouts which had distressed her. She spent some time in homelessness with Brody, but she had been allocated a house – which “she kept like a palace”– about a year before her death.

She had been with Brody’s father, but the relationship was difficult for her, they say. As for drugs and alcohol, they do not think she was using drugs and she was not a big drinker, although she “loved going out with her friends”.

“She did leave a note,” says Karen. “The guards still have the note. It’s evidence for the inquest. We didn’t see it but the guards say it said: ‘Tell Brody I love him’.”

Sunniva Finlay co-ordinates Ballyfermot Star drug project, describes the women’s suicides as “devastating for everyone in the area”.

“The funerals have been huge. The fact that most have been mothers, the shock and fear was palpable. That has moved now to a sense that services have to look pro-actively at what is going on for isolated, stressed young women, and how to reach them to support them.

“We know anecdotally, and it is very sensitive for families, that a lot of young women are struggling with alcohol and drugs, and particularly cocaine.”

Among those attending a recovery programmes specifically for women at Ballyfermot Star, is ‘Tara’ (37), a mother of two. Now clean she describes how her social drinking and cocaine use progressed to using cocaine at home on her own.

She was lonely at home with children – “like a cooking, cleaning and baby-minding machine.

“You’d have a few lines after the kids went to bed. I thought I was in control. The cocaine gave me a sense of ease and confidence. But the comedown the next day is really bad – depression and paranoia.

“The negative thoughts began to take over and I started to dread doing anything – going out, meeting anyone. I pushed friends and family away. I’d isolate myself for weeks. I even did my shopping at night so I didn’t have to meet anyone. Everything became unmanageable. Even the smallest jobs like sorting laundry become unmanageable.

“I tried to keep it all together for the kids, but even at that I felt a complete failure as a mother. I was snappy with them. I started to not want the responsibility of a house, of kids. I really and truly began to believe my kids would be better off without me.

She feels “so grateful” she realised she faced a choice between living and dying, and that she realised this while sober – and chose life.

Seeking help was difficult, she says, describing barriers echoed in a 2016 report on women’s substance use by the Ballyfermot Local Drug and Alcohol task Force (LDATF). Women are less likely to access services than men, it says.

“Lack of childcare is a major factor...women said they didn’t want their children attending clinics with them because of behaviour they might witness.”

The report’s author, Clare Geaney, spoke extensively to women about their fears of being judged as bad parents by social services and wider community and so avoid accessing supports often out of fear of losing their children.

There was a lack of information about services, while GPs could be “antiquated and out of touch with women’s needs”.

The impacts of poverty, social welfare policies and homelessness on them, especially as mothers, are described. Women who spoke to The Irish Times identified post-natal depression and domestic violence.

None of these issues, argues local TD Bríd Smith, can be separated from the impact of poverty, spending cuts and the erosion of community-based projects in disadvantaged areas like Ballyfermot since 2008.

Social policy analyst Brian Harvey starkly documented the hollowing-out of the community sector during the recession in his 2012 report, Downsizing the Community Sector.

Managed by local activists, community projects provided basic supports – education, personal development, youth inclusion, information and, vitally, social contact – in some of the most disadvantaged areas of the State. Harvey estimates they contracted by 35 per cent between 2008 and 2012, as many closed or were subsumed into local authorities.

Smith says lone parents in particular “have been consistently targeted for cuts in payments and benefits over the years of austerity.

“During the crash, supports that affected them and their children were seen as ‘the low hanging fruit’ to be cut. Now, during the recovery, critical services are still underfunded and under-resourced. If we are serious about tackling suicide in disadvantaged areas all of this has to be looked at.”

Some are starting a fight back. Local woman Lisa Palmer began last summer by calling door-to-door in her community, asking neighbours about their mental health, and collecting signatures calling for an out-of-hours mental-health crisis service.

“I was shocked by what people were telling me, about family members’ suicide attempts, awful experiences trying to get help, being sent home from A&E with a suicidal child – so many people suffering quietly.” She collected 4,000 signatures.

She has made presentations to the local HSE and founded Mental Health Warriors to empower her community to respond to mental health crises, including training for locals in being mental health first responders.

She makes simple suggestions, like the availability of a text number through the night from which someone in crisis can know they will get a local response and a promise to meet for a coffee the following day.

A HSE spokeswoman said: “The deaths of young women in Dublin south have included a number of environmental impacts and therefore a response requires a partnership approach across a number of statutory and community agencies, including HSE, local authorities, LDATFs, local area partnerships, family resource centres and local community organisations.”

The HSE was aware of the need to address “the impact of polydrug use in disadvantaged communities,” as part of its response to suicide.

1 Brightest comet of the century visible in Irish skies for the next week
2 Reopening of pubs that do not serve food may be delayed beyond July 20th
3 Johnny Depp: Ex-wife or friend defecated in bed in ‘fitting end’ to marriage, court hears
4 An Taisce publishes 2020 top ten buildings at risk register
5 Trump postpones election rally as Covid-19 cases surge
Real news has value SUBSCRIBE