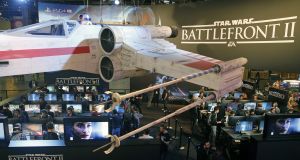 The Government has signed an international declaration expressing concern about gambling in video games which many experts view as a gateway for children into problem betting.

The document suggests some of the most popular video games may become subject to the same gambling regulations which govern bookmakers and online poker.

Many modern video games, such as Fifa and Star Wars Battlefront, feature betting systems based around “loot boxes”. Players can pay real money for a chance to win new items or abilities for their in-game characters from these boxes.

The practice has already attracted scrutiny from gambling authorities in the US and Europe. This year Belgian authorities declared some loot box systems to be illegal gambling and compelled major game developers to remove such features in games sold in the country. It recently threatened Electronic Arts, one of the world’s biggest game developers, with criminal prosecution for failing to remove loot boxes from Fifa 19.

This week the Gambling Policy Division of the Irish Department of Justice, along with authorities from 14 other countries, signed a declaration voicing concern about video game gambling and comparing it to other forms of online gambling such as online poker.

“Our authorities are committed to the objectives of their public policies with regard to consumer protection, prevention of problem gambling and ensuring the safety of underage persons,” stated the declaration, which was signed at a meeting of the Gaming Regulators European Forum.

“We are increasingly concerned with the risks being posed by the blurring of lines between gambling and other forms of digital entertainment such as video gaming.”

As well as loot boxes the document expresses concern about “skin betting” (third-party sites which allow gamers to bet against each other using items from games) and gambling themed content in games, for example, the presence of casinos or slot machines in the game world.

The Government committed to help analyse the characteristics of video games to ensure they are compliant with Irish gambling law.

It said it will also work closely with consumer protection authorities to protect customers.

“We anticipate that it will be in the interest of these companies whose platforms or games are prompting concern, to engage with [gambling] regulatory authorities to develop possible solutions,” the agreement stated.

A Department of Justice spokesman said the Government was happy to support the declaration.

“To offer gambling products in Ireland, a licence is required under either the Betting Acts 1931-2015 or the Gaming and Lotteries Act 1956. The Revenue Commissioners are the responsible licensing authority under both Acts.”

He said gambling regulation is currently being revamped to deal with “the modern Irish gambling environment”. This includes the establishment of an independent gambling regulator.

“Such a body would be best placed to conduct the complex range of licensing, regulating, monitoring, inspecting and enforcement tasks etc, of the growing gambling industry in all of its facets. The development of an independent regulatory approach would also mirror the approach now taken in most EU member states and beyond.”

The founder of Problem Gambling Ireland, Barry Grant, said he is “delighted” the Government has signed the declaration.

He pointed to a recent large scale study of the issue by the University of York which found strong links between problem gambling and loot boxes.

“These are games that are played by young kids and are extremely popular.” He said such games could be a gateway to more traditional forms of gambling for children.