'They were all devastated': Insurance costs shut child gym classes 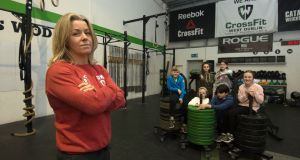 The future of youth fitness classes is uncertain because insurance companies are refusing to cover exercise programmes for children, business owners have said.

Gyms and training centres are the latest sector to face difficulty with insurance coverage. Some operators are facing large increases while others are being denied cover altogether.

Lorna Heyes, owner of CrossFit Gym in west Dublin, had to cancel her youth exercise classes because the insurance provider refused to cover the programme. The sessions were attended by about 80 young people weekly.

“Any insurance company I rang, whether they gave me a quote for the normal business or not, they all said they wouldn’t insure me for under-16s. They said there are just too many claims in Ireland,” said Ms Heyes.

She is also having difficulty securing an affordable premium for her premises even without the youth gym classes.

She said the issue is not about the financial loss to her business, but more about the loss of a “vital resource” to children in the community.

The classes were supervised and included exercises such as weight lifting, lunges, squats and jumping, depending on the age and capability of the participants.

“We work with a lot of schools, we run a lot of TY [transition year] programmes. A school beside us does not have a PE [physical education] hall so they were using our gym for their kids PE, but they can’t come any more,” she said.

“They were all devastated when I told them, I was devastated. There were tears and everything. I just felt really bad for the children I was letting down.”

Stephen Kinsella, owner of FSM training centre in Bray, Co Wicklow, said his insurance is up for renewal in April and he has already been told cover for younger clients will not be forthcoming.

“The underwriter said they will not be renewing our insurance and they are pulling all kind of youth insurance out of Ireland,” said Mr Kinsella.

“We have, between kids and teenagers, about 70 odd members that, come April, we might have to say, ‘sorry guys, we can’t provide this service anymore because the insurance companies don’t want us to make you healthy’,” he added.

Last year, his insurance rose from roughly €1,400 per year to €4,000. He said his business was able to absorb it, but smaller gyms cannot and are forced to close youth programmes.

Mr Kinsella said he feels like he’s fighting a losing battle, but is exhausting every avenue to ensure he does not have to close this end of the business in a few months.

“One in four children is obese. The obesity rate, the activity rate and their mental health is getting worse,” he said. “They are starting to take away what we have been trying to do for them. We have been trying to develop a proper, structured programme for kids and now it looks like they could be losing it.”

Businesses in the leisure and activity centre sector have spoken out about difficulty in attaining affordable public liability insurance over the last few months, particularly after Axa XL, one of the main underwriters for the sector, pulled out of the Irish market.

A spokesman for the Department of Finance said that Minister of State with responsibility for Insurance Michael D’Arcy met several UK underwriters who have recently exited the Irish market.

The spokesman said the companies “expressed a willingness to re-enter the market in the event of a recalibration of awards downwards”.

A report by the Department of Justice last year showed that payouts for minor ankle injuries could be up to €54,700 in the State, more than four times the UK maximum.

The Judicial Council Bill, which passed through the Houses of the Oireachtas before the summer recess, will allow judges recalculate damages and bring consistency to compensation awards.