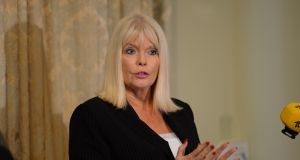 The details of a new task force to deal with drug and substance abuse within higher education institutions have been unveiled by Minister of State Mary Mitchell O’Connor.

“I have spent a huge amount of time meeting students, their parents and the people working at all levels in our higher education institutions,” she said.

“From all these discussions, it became clear to me that while some good work is being done at institution level, we were not doing enough in a planned and joined up way across the sector to counteract the negative impact of drug and substance abuse.

“Some students are suffering serious harm. Some are dying and lives are shattered. We all have a responsibility to protect and educate students and parents.”

Ms Mitchell O’Connor, who is Minister of State for Higher Education, said she was taking a two strand approach to the issue.

“Initially I am setting up a group of experts, including academics, gardaí, students and first responders within institutions, who are going to consider what the key issues that are facing us are, and what the solutions will be,” she said.

“They are going to report back to me within eight weeks. I have also convened an extensive data gathering exercise for all higher education institutions which will be led by Dr Michael Byrne in UCC.

“Currently statistics on drug use among students are anecdotal and I want a clear and accurate account as to what we are dealing with.”

The rapid response group she has tasked with devising an action plan to deal with drug and substance abuse within the country’s higher education institutions will be chaired by Dr Andrew Power, registrar and the vice president of Equality and Diversity, The Institute of Art Design and Technology.